A new report from HSI looks at the violent past and present of the Nordic neo-Nazi organization calling itself the Nordic Resistance Movement. 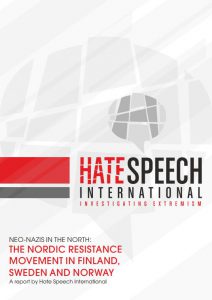 The self-declared Nordic Resistance Movement (NRM) is currently the largest and most active neo-Nazi organization in Sweden, where it originated, as well as in Norway and in Finland. In total, the organization may have as many as 300 activists across the Nordic countries, as well as a broader network of sympathizers.

The Nordic Resistance Movement ﬁghts – in the words of its former leader Klas Lund – for “a Nordic national socialist republic including the Nordic countries of Sweden, Finland, Norway, Denmark, Iceland and optionally the Baltic states”. It has also attempted to establish itself in Denmark, and its website includes a section in the Icelandic language.  More worrisome than its utopian vision of a National Socialist Nordic region, however, are the organization’s links to violence.

While the organization claims to resort to violence only in self-defence, both its national socialist ideology, which is violent in itself, and the blood-stained history of the organization say otherwise. 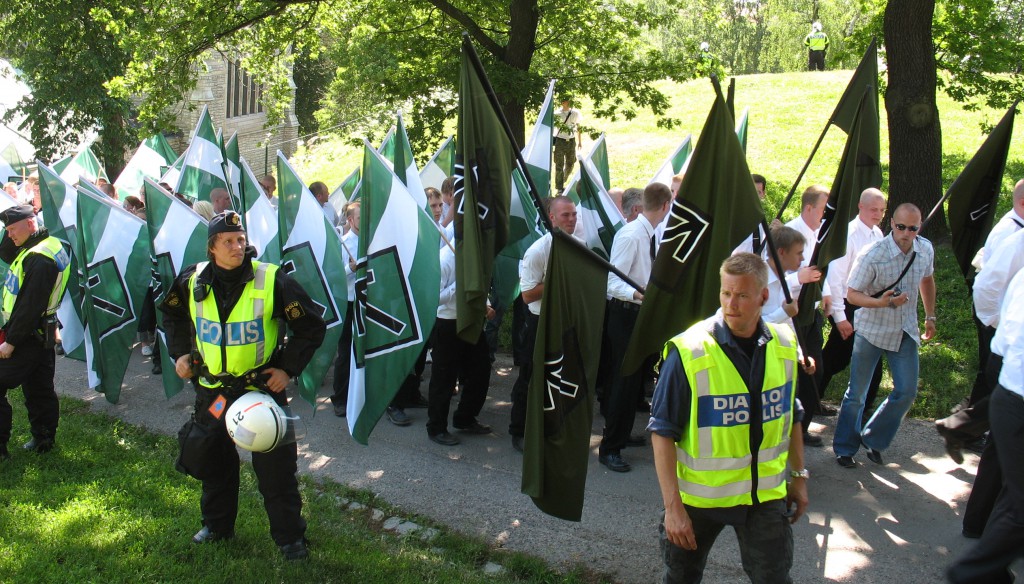 Members of the Swedish Resistance Movement, the predecessor of the NRM, demonstrating on the Swedish National Day in 2007. Photo: Peter Isotalo. Released to the public domain.

HSI has been following the development of the NRM for several years, and also assisted Esa Henrik Holappa – a co-founder and former leader of the Finnish branch – in leaving the organization and in breaking with his past. In this report, we present the history of the group and an overview of its current activities. HSI also worked together with the Finnish broadcaster YLE in connection with the defection, and the report includes a previously published article written by YLE journalist Marko Hietikko, whose work on Holappa’s defection was recently given a prestigious Finnish award.

The report can be downloaded in PDF format here.

New report: AQAP functions as a death squad for hire
Migration and Jihadism in the Sahel

New report: AQAP functions as a death squad for hire

In a new paper released by HSI, Martin Jerrett and Mohammed al-Haddar argue that Al Qaeda in the Arabian Peninsula,...