The Europeans and the Americans differ on how they distinguish between hate speech and free speech. 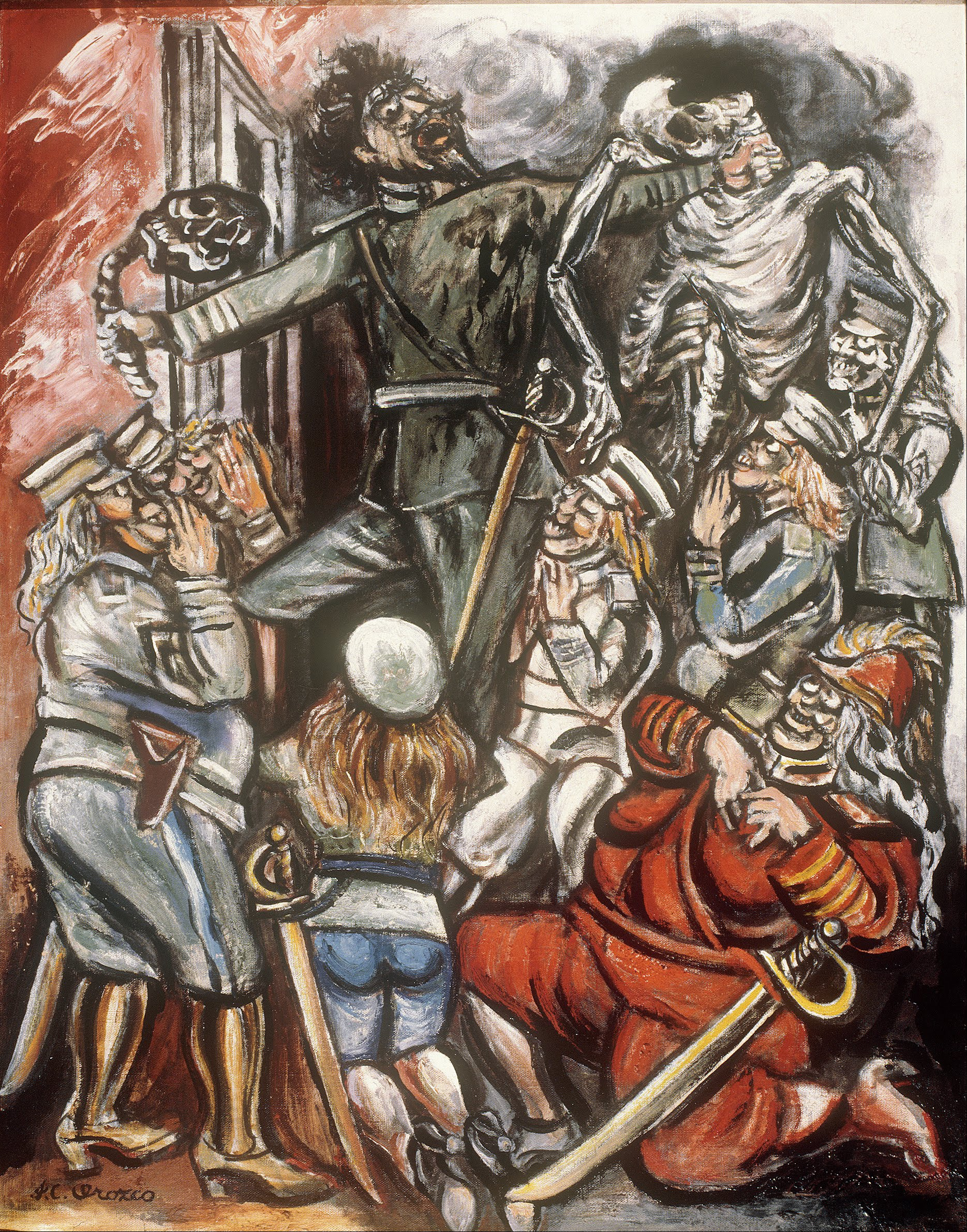 Any discussion of the relationship between freedom of expression and hate speech in a democracy raises a series of polemical questions: Are the two in conflict? Does the right to free expression include the right to offend? Does banning hate speech equate to state censorship of opinions and attitudes? There are no simple answers, and the potential for polarization is great.

The American right to freedom of expression is expansive, and is often extended to include hate speech. The First Amendment of the U.S. Constitution, adopted in 1791, prohibits the Congress from passing laws that limit freedom of expression and of the press. The present European approach emerged from a very different history. Fascism and National Socialism in the 20th century made the continent intolerant of the promotion of racially, ethnically and otherwise discriminatory ideas and attitudes in the public discourse. If we allow ourselves to generalize, we could say the United States allows hate speech, while European law and international law both prohibit and punish it in many cases.

There is little doubt that every democratic government will employ many means, including legislation, to ensure freedom of expression for its citizens. Freedom of expression, however, does not mean people can say or shout whatever they want in public, if there’s a risk that aggressive or offensive speech may jeopardize the freedom of others.

For Foucault, the discourse on freedom of expression is at the top of government discourses: it sets the rules for all further discourses. Which speech will be allowed, and which will not, by individuals and by the state? His theory of power includes the key point that power is not the visible, coercive force used by the state, but rather something subtly steered through language. If, as Foucault claims, power comes from the use of language, then the abuse of language can also lead to the abuse of power.1

From a European point of view, the case of National Socialism and fascism proves the point. Totalitarian movements achieved their social supremacy by promoting racial theories and hatred of opponents in the public discourse, and the media became a powerful tool in the dissemination of what we today call hate speech. If this kind of speech had been prevented through prompt intervention, could it be that the consequences – too – would have been avoided? After all, restrictions against hate speech would have allowed for the restriction of freedom of expression for those who would have abolished the rights of others.

“No freedom for the enemies of freedom” is a key idea supporting this view. In the end, such an attitude can serve as a justification for the introduction of so-called “militant democracy”. The most ardent advocate of militant democracy was Karl Löwenstein, a German emigré scholar to the United States. As a result of his research into the state of democratic states prior to World War II, he came to the conclusion that the most glorious value of democracy was also its fundamental weakness. The problem was tolerance: democracy and democratic tolerance were used by the opponents of democracy to undermine it. Löwenstein argued that European fascist movements were very successful in exploiting the exceptional conditions offered by democratic institutions. In his view, excessive “formalism in the rule of law” opened the possibility for fascists to destroy democracy. “Militant democracy” was the alternative: the suppression of anti-democratic movements was needed as a measure of self-defence: “The political technique [of fascism] could be defeated only in its field and with its methods, or more simply, ‘you should be fighting fire with fire’.”2

Later, the United States Supreme Court Justice Robert Jackson offered a similar argument, stating that the Bill of Rights should not be turned into a “suicide pact”. Justice Jackson was very much aware of Nazi tactics, having been the chief American prosecutor at the Nuremberg trials. “I have had the opportunity to learn how sinister abuse of our freedom of expression […] can tear apart a society, brutalize its dominant elements, and persecute, even to extermination, its minorities,” he wrote in a later opinion.3

After the war, in an attempt to prevent the revitalization of the Nazi movement, the Constitution of West Germany followed the ideas of so-called militant democracy, and the trend throughout Europe has been to restrict freedom of expression when it comes to discriminatory speech.

Compared to democratic societies in Europe, the United States have a different approach.4 One of the stronger arguments for the broad protection of speech, including hate speech, is the fact that free speech has traditionally been important for minorities, allowing them to express opinions which seem absurd or even offensive to the majority. Many great thinkers believed that protecting offensive speech is a moral duty, as summed up in a sentence often said to be a quote from Voltaire5: “I disapprove of what you say, but I will defend to the death your right to say it.”

In On Liberty, first published in London in 1859, the English philosopher John Stuart Mill gives another classic defence of free speech:

First, if any opinion is compelled to silence, that opinion may, for aught we can certainly know, be true. To deny this is to assume our own infallibility.

Secondly, though the silenced opinion be an error, it may, and very commonly does, contain a portion of truth; and since the general or prevailing opinion on any object is rarely or never the whole truth, it is only by the collision of adverse opinions that the remainder of the truth has any chance of being supplied.

Thirdly, even if the received opinion be not only true, but the whole truth; unless it is suffered to be, and actually is, vigorously and earnestly contested, it will, by most of those who receive it, be held in the manner of a prejudice, with little comprehension or feeling of its rational grounds. And not only this, but, fourthly, the meaning of the doctrine itself will be in danger of being lost, or enfeebled, and deprived of its vital effect on the character and conduct: the dogma becoming a mere formal profession, inefficacious for good, but cumbering the ground, and preventing the growth of any real and heartfelt conviction, from reason or personal experience.

More recently, the British philosopher Bertrand Russell formed a hypothesis according to which democracy requires the highest degree of tolerance:

It is an essential part of democracy that substantial groups, even majorities, should extend toleration to dissentient groups with different opinions, however small and however much their sentiments may be outraged. In a democracy it is necessary that people should learn to endure having their sentiments outraged.

These and similar arguments are used by those who advocate for a broad understanding of free speech, even in connection with hate speech.

U.S. constitutional law largely protects hate speech, too, focusing on “speech”, rather than on “hate”. Consequently, the American viewpoint is usually that speech that is somehow offensive should be met with counter-speech rather than with state regulation, even in instances where other major countries – such as Canada, Germany and various members of the European Council – do not allow for freedom of expression to take priority over other values, such as dignity, honour, equality or public order.6

In the real world, of course, the question is not so black and white. In spite of high ideals, hate speech is not consistently allowed in the United States, nor is it always banned in Europe.7 Instead, one could say that laws sometimes support hate speech, protecting it, while at other times they do not. This is the case on both sides of the Atlantic.

Nenad Zivanovski (see CV) is a Macedonian journalist, blogger and columnist. He has a BA in journalism, an MA in European Studies and a PhD in hate speech studies. His academic and professional interests include hate speech in the Balkans, critical analysis of discourse, and analysis of media and journalism from theoretical and empirical vantage points. His works include the book Езикът на омразата, for which he received the Union of Bulgarian Journalists' 2016 documentary book award.
View all posts by Nenad Zivanovski →
The bombers and the bombed
The Kotleba phenomenon

ANALYSIS: Cross-referencing the videos published by the US-led coalition and by A'maq, the Islamic State's most important auxiliary media wing,...