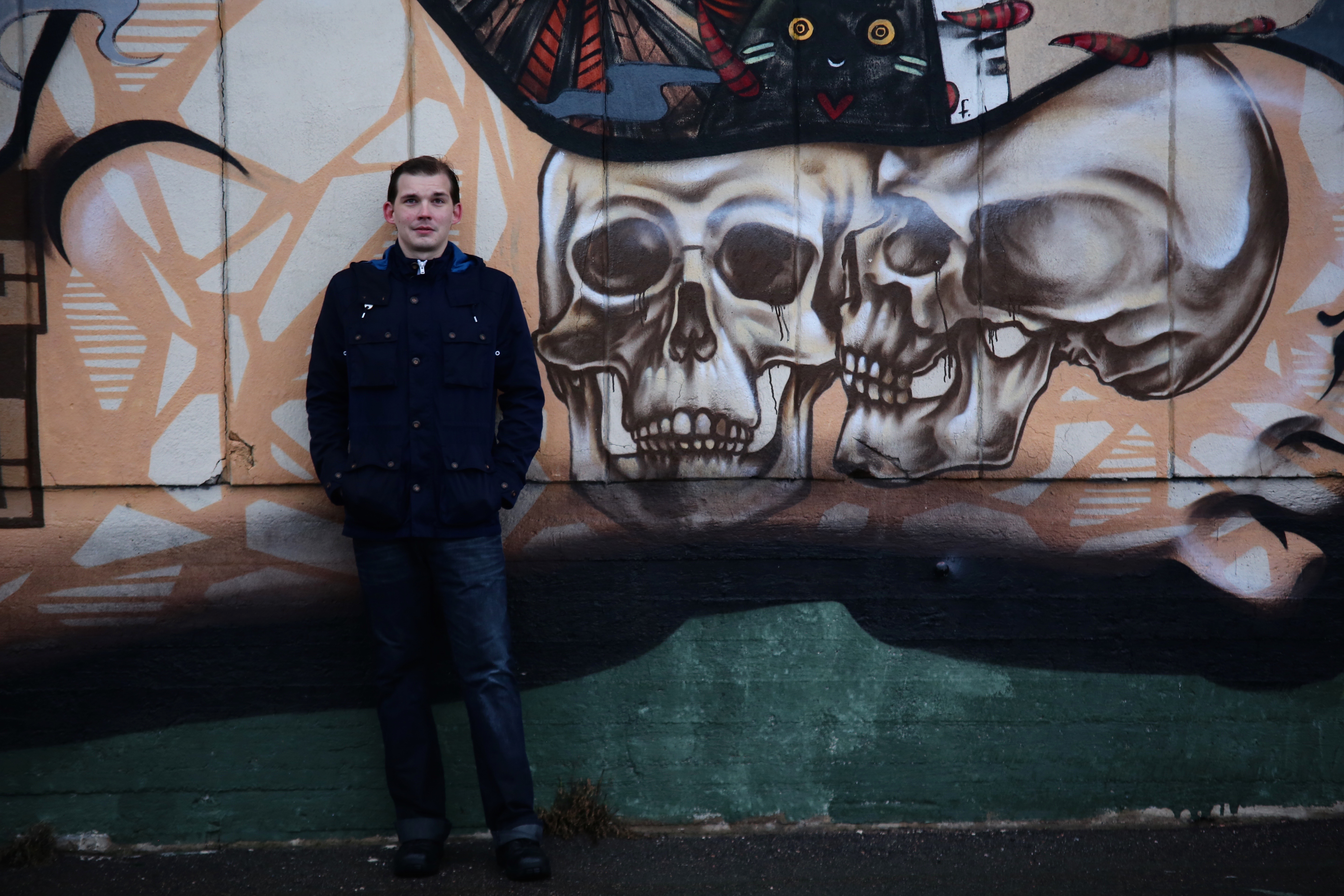 SPEAKING OUT: One of the former key players in the openly neo-nazi Nordic Resistance Movement (NRM), Esa Henrik Holappa, breaks with his past in the international National Socialist movement. Photo: KJETIL STORMARK/HATE SPEECH INTERNATIONAL

The founder and former leader of the Finnish Resistance Movement, Esa Henrik Holappa, has decided to leave the movement. He now denounces the neo-Nazi ideology and says he regrets ever being a part of the movement.

Hate Speech International (HSI) has, for 18 months, acted as an adviser for Holappa in his efforts and preparations to leave the violent neo-Nazi movement.

On the basis of information from Holappa, HSI and Finnish national broadcaster YLE have entered into a joint investigative project. Beginning 15 May, YLE will start publishing its journalistic findings about the Finnish nationalist scene, developed in collaboration with Holappa and HSI. At the end of May Holappa will also publish a book about his past, as a formerly prominent member of the Nordic neo-Nazi movement.

The factual findings by HSI will be published at a later stage. Some of our findings will be developed and published in collaboration with other media organizations as well. Media organizations and professional researchers from the academic community interested in partnering with HSI are encouraged to contact HSI.

The role of ESA HENRIK HOLAPPA

In March 2009, Holappa was arrested and detained in the United States after traveling to and applying for asylum in the country, citing political persecution in Finland. The arrest helped Holappa gain visibility and credibility within the international National Socialist movement – particularly in the United States and Europe.

Holappa was deported from the United States and returned to Finland three months later, in June 2009.

Holappa remained the leader of the Finnish Resistance Movement until August 2012, when he was replaced by Juuso Tahvanainen. From that moment, Holappa was also replaced as a member of the Nordic leadership. Holappa continued, however, to be a member and an activist in the neo-Nazi movement, while playing a more informal role.

In one of many interviews he has done with HSI in recent months, Holappa explains why he became a National Socialist.

“I was impressed with the Third Reich history, Hitler and more,” he says. “I started reading. I read history. I ended up reading Mein Kampf. All of a sudden this evolved to a situation where I agreed with the ideas and thoughts.”

What do you think of Adolf Hitler today?

“I think Adolf Hitler is one of the worst criminals Europe has ever seen,” Holappa replies.

Encryption and back channels 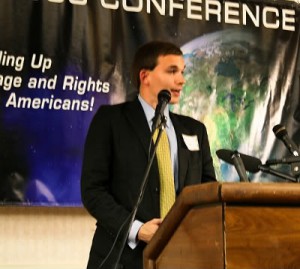 Holappa says the movement essentially operates on two different levels. One part of the movement is highly visible online, using social media to market, recruit and to show off, but also for purposes of internal communication and coordination. The more senior members of the movement – its ideological leaders – are less visible online. They remain more in the shadows and communicate with trusted individuals using “old school” letter-writing and face-to-face meetings.

But even the younger, online generation of the movement is somewhat cautious. The neo-Nazi movement, according to Holappa, has for many years used encryption in order to protect its channels of communication from being exposed to eavesdropping by intelligence and security agencies and the police.

“We used encrypted emails and avoided talking too much on the phone. We were never talking about the organization on the phone, at least not in great detail,” Holappa says.

Did you use code words for parts of your internal communications?

“I don’t think the movement used code words. I personally never used any code words. But usually we kept the phone calls short, and had all other conversations face-to-face. We went for long walks in the forest, for example.”

History of NRM and recent events

NRM was founded as the Swedish Resistance Movement in the late 1990s, and initially involved former members of Vitt Ariskt Motstånd (VAM, or White Aryan Resistance), a group inspired by its American namesake. From the beginning it was led by Klas Lund, a  former VAM member. Lund – who has been convicted for several violent crimes – continued to lead the organization until last October. It is now led by Simon Lindberg, who has a background from Nationalsocialistisk Front (National Socialist Front). 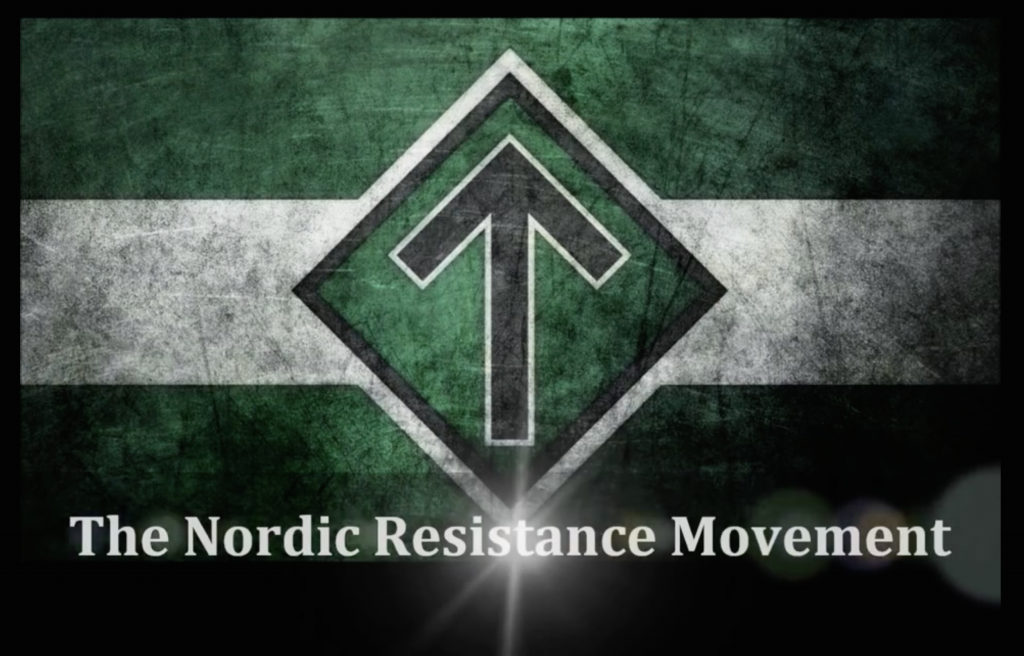 The openly neo-Nazi Nordic Resistance Movement is currently the strongest of its kind in Sweden, and has been trying to establish itself in several neighbouring countries. The Swedish security police Säpo describes NMR as the most dangerous element in the violent, right-wing political scene in Sweden.

On 1 May 2016, several hundred neo-Nazis marched through the town of Borlänge in central Sweden, under the banners of the Nordic Resistance Movement (NRM). About 120 of the marchers wore a uniform consisting of a white shirt and black tie tucked into the shirt, and some carried flags bearing the organization’s symbol, a variant of the Tiwaz rune.

The number may seem considerable, but the organization had brought in activists from all over Sweden, as well as from neighbouring Norway and Finland. NRM also tried to draw in Russian sympathizers by advertising the event on the Russian equivalent of Facebook, Vkontakte, where the group has its own Russian-language page. Expo reports that the parade also included members of other right-wing extremist organizations in Sweden, including Nordisk Ungdom (Nordic Youth), the anti-immigrant group Soldiers of Odin and former members of the now-defunct Svenskarnas Parti (Party of the Swedes). A veteran of the Swedish Nazi scene, Vera Oredsson, was also present. In the past, Oredsson and her husband Göran Assar Oredsson ran the Nordic Reich Party, founded as early as 1956. 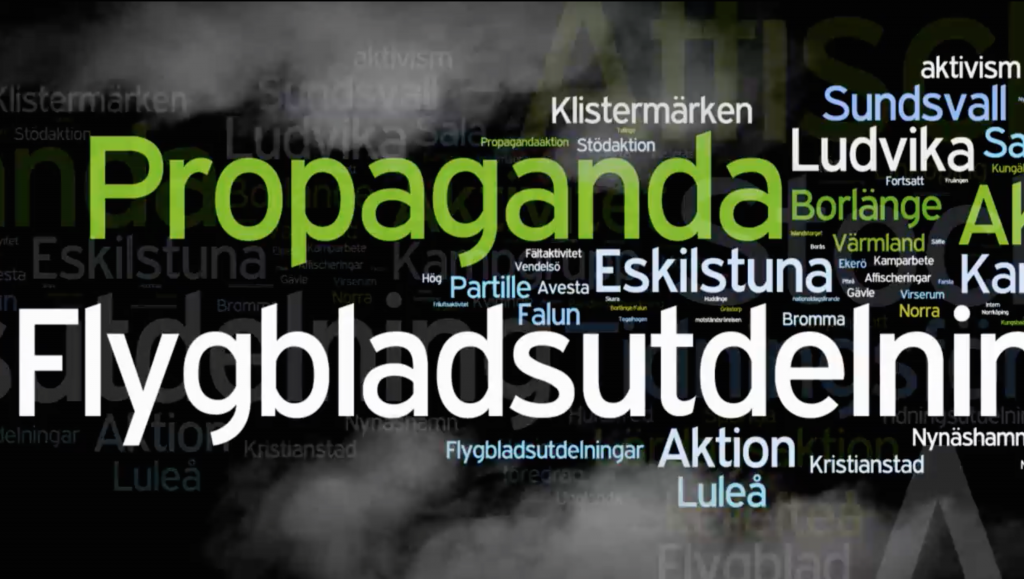 ONLINE MARKETING: This is how the Nordic Resistance Movement markets itself in online video “battle reports”.

Inside Sweden, NRM is organized in seven regional sub-branches, of which Expo describes six as currently active. It also has a branch working to establish a political party. 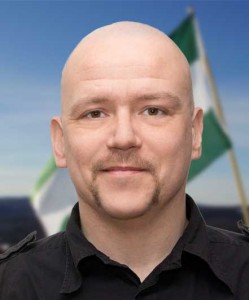 The political party work is led by Pär Öberg, who managed to gain a mandate via a write-in campaign supporting the list of the radical populist right-wing party Sverigedemokraterna (Sweden Democrats) in Ludvika municipality. He was present at the 1 May parade. So was Pär Sjögren, a former member of Nationalsocialist Front, who managed to become a vice member of the Borlänge council using the same method. Sjögren has been convicted of a number of crimes, including assault.

That about fits the bill for the Nordic Resistance Movement. Through the years, the organization has been mentioned in connection with a number of violent episodes, including the 2013 attack on an anti-racist demonstration in Kärrtorp, Sweden, and a demonstration that turned violent in Jyväskylä, Finland, last summer. In 2013, members of the Finnish branch were involved in a knife attack in Jyväskylä, at a launch of the book Äärioikeisto Suomessa (The Far Right in Finland), written by Li Andersson, Mikael Brunila and Dan Koivulaakso. A security guard at the event was wounded.

In recent years the group, renamed NRM, has been considered one of the most important neo-Nazi organizations in Sweden. Until 2015, it faced some competition from Svenskarnas parti. Although Svenskarnas parti had had some success with its website Realisten (The Realist), the party-building project was abandoned last year after poor election results and several defections. NRM has managed fill some of the vacuum left by Svenskarnas parti within the Swedish neo-Nazi scene.

NRM’s Norwegian and Finnish branches have been significantly less successful. In an interview with YLE News, Jyri Rantala, the communications chief for the Finnish Security Intelligence Service known as Supo, described the group as enjoying little support in Finland. He said NRM had “only a few dozen active members” and “tends to focus on distributing propaganda, handing out leaflets and spreading stickers”. A similar estimate can be made for the Norwegian branch. Both, however, work in close cooperation with the Swedish organization.

Nevertheless, in recent months there have been signs of a mobilization and increased recruitment in Sweden, Finland and Norway, following the refugee wave into the three countries last autumn. Several key members of the Finnish Resistance Movement have been involved in the high-profile establishment of the Soldiers of Odin (SOO). SOO vigilante groups dressed in black, patrolling the streets to “protect” local citizens from immigrants, have also begun emerging in Sweden, Norway, Australia, the UK and the United States, probably in response to the extensive media attention.

According to a summary posted online by NRM, Vorobyov warned that a “full-scale war” was being waged against the traditional values of Western cultures. He wore a uniform at the meeting, explaining that he was involved with pro-Russian separatists in a fight against “Jewish oligarchs in Ukraine”. Vorobyov also stated his belief that “the tactics of the Zionists in the Middle East would also be used in Europe to destroy and rule over the European nations”.

The report also states that the Russian delegation gave a gift of “a sum of money” to the meeting’s Swedish hosts.

Tell us: Do you have further information on this story or do you wish to provide input on other topics/stories you would like to see us report on?  Contact us at ks@hate-speech.org or through the encrypted tip sheet at the contact page on our website. If you prefer being completely anonymous, please download the TOR browser and enter our designated whistleblower platform www.extremeleaks.org while operating the TOR browser.

Correction:
The article originally stated that Dan Koivulaakso was present at the event in Jyväskylä. While his co-authors Li Andersson, Mikael Brunila were there, he was not, and the article has been updated to correct this mistake.

The (re)emergence of radical nationalism in Finland

5 Responses to A neo-Nazi leader no more