You are here: Home › Right-wing extremism › The (re)emergence of radical nationalism in Finland
May 25, 2016 0

ANALYSIS: Trouble’s brewing for the European Union – also in Finland, where the next country-wide elections will see several new, EU-hostile nationalist groups attempt to establish themselves on the political map. At the same time, Finnish Fascism is seeking to entrench and normalize itself into a respectable part of the political framework. 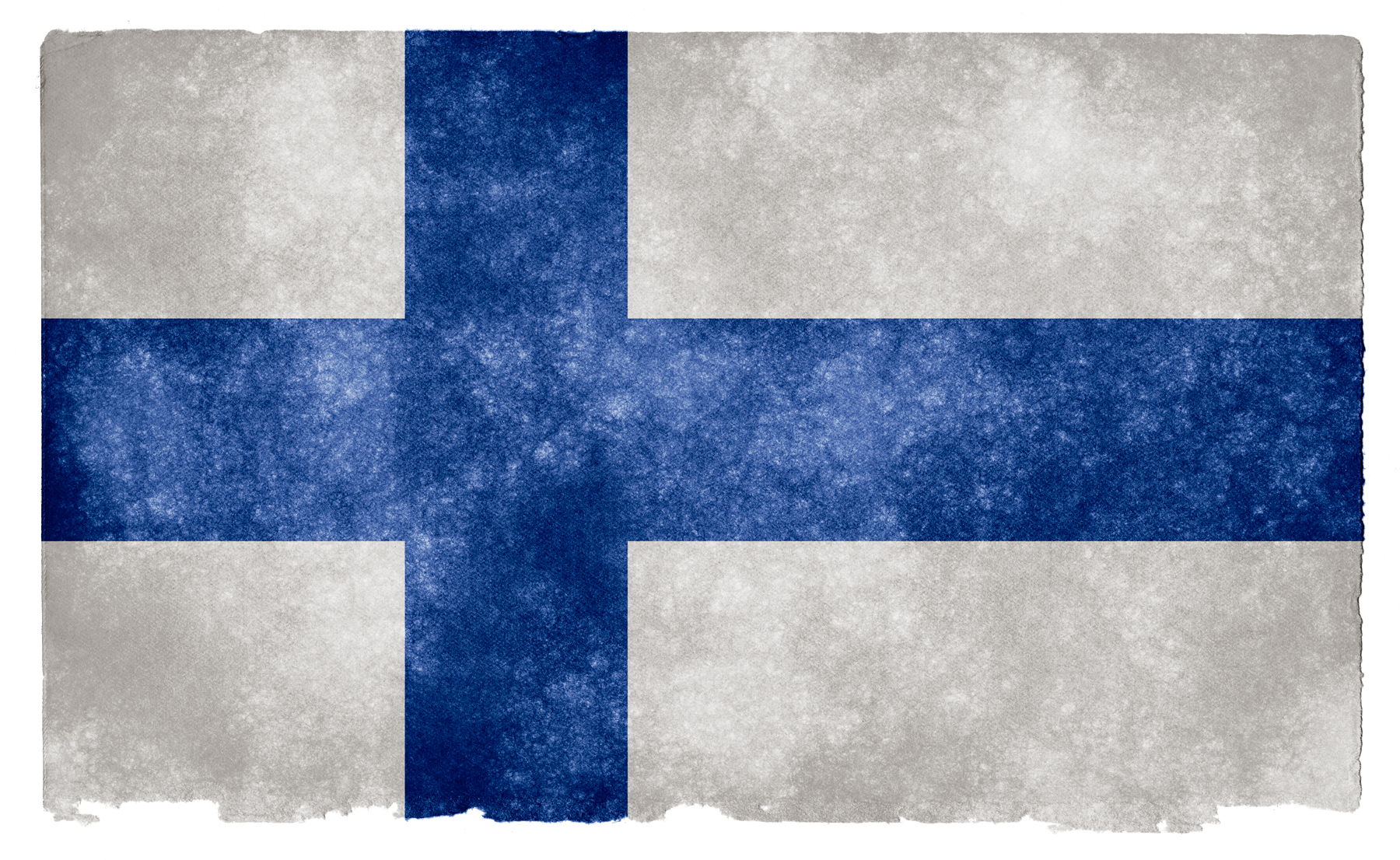 With disaffection growing, the time appears to be ripe. As Heikki Hiilamo, professor of social policy in Helsinki University notes, Finland has been particularly hard hit by the most recent economic downturn. The middle and lower classes are seeing their expectations fade into uncertainty, as globalization is bringing new and intangible threats in the form of vanishing jobs. Finland is heading towards increasing social inequality, with the reality of the educated and the employed drifting further apart from “globalization’s losers”. With no self-evident owner in sight, the accumulating political capital is attracting radical nationalist utilizers.

The Decline of the Finns

Much is at stake in the next parliamentary election. It looks like the major venue for political protest, the populist Perussuomalaiset (The Finns Party) may be falling apart and its inheritance up for grabs. The party, which broke through to decisive success in the 2011 parliamentary election, is an unstable coalition of traditional advocates for “little people”, blue-collar conservatives looking for a labor movement without the Left, and radical nationalists consciously riding on an anti-immigration platform.

Under pressure the constituent groups may start to look for other channels of protest. So far the party has been held together by its leader, Timo Soini, but now his dazzlingly successful experiment in Finnish populism seems to be heading towards inevitable failure. A series of latest polls predict a sharp loss of support for the party, which has been unable to make true its pre-election promises of decisive changes especially on two crucial areas: economy and immigration.

The definitive backdrop for the current crisis of populism is the European refugee situation. In 2015, Finland took some 32.000 asylum-seekers, most of whom are still housed in immigration detention centers around the country. For a nation of 5.5 million members with a remarkably homogenous ethnic and cultural background, this is considered a lot, and way too much by many. Often the only concrete symbol of the global community intruding into the local world is a detention center and its inhabitants, tossed into the locality seemingly without consultation with the local people.

Even a passing scan of Finland’s anti-immigration Rajat kiinni (Close the Borders) movement’s Facebook group will lend support to Hiilamo’s analysis: the socially underprivileged and undereducated are well represented among the members, many suffering from unemployment or living on social benefits. Their resentment stems from several sources, but is almost unidirectionally aimed against the asylum-seekers, typically called “invaders”. Fear is all-pervasive: the asylum-seekers are considered to present an acute threat to their surroundings, as they are believed to commit rape at the slightest opportunity. Many commenters regularly describe their country as being under an Islamic “invasion” and “in danger of being islamicized within at most a few decades”. The driving force to this process of ultimate societal and cultural disintegration is seen in the present elites, who for some unfathomable reason are promoting a reckless immigration policy to the benefit of “dark-skinned honorary citizens”.

Many commenters revel in fantasies of a violent backlash. Swearwords, threats and sexual insults thicken the atmosphere in comments threads into hate-fests, culminating in visions of a civil war between the self-attested “patriots” and the estranged elite and their supposed protégés, the immigrants. For most of the commenters the group seems to form a safety valve through which to vent their anger, and few of the bloodcurdling threats have materialized. But, as many of them say: “How long before someone freaks out?”

Fifth Estate: the rise of the fake media

A major factor behind the surge of radicalized nationalism has been the successful channeling of the dissatisfaction towards the immigrants, especially the asylum-seekers. Key role in this process has been played by the fake media,1 publications disguising as “alternative” news outlets but with a propagandistic agenda. Fake media act without any restraints of journalistic accuracy or accountability, recycling and rewriting stories acquired through real and not-so-real news services. The sole point of fake media “news” is to generate moral outrage: stories about asylum-seekers receiving or demanding social benefits are designed to rouse the underprivileged ire. Hostility towards the EU, the USA and the NATO is the norm.

The agenda is uncannily close to the political interests of Vladimir Putin’s Russia. Too close, in fact, to just be a coincidence. Fake media’s ties to the Russian government have been under scrutiny by researchers, journalists and bloggers alike. While no conclusive proof of direct Russian involvement is available, the circumstantial evidence unilaterally points to Putin’s government. Conspicuously, fake media do not criticize Russia or Russian policies, while maintaining close ties to both radical nationalists and known pro-Russian advocates.

Tellingly, fake media attack those who dare criticize either the fake media themselves or their links to Russian interests. The means of choice is a social media campaign in which the intended victim is publicly vilified and exposed to the rage of the masses. Thus, whether or not any individual actor is in direct Russian pay, fake media de facto serve Russian interests in fostering divisive political rhetoric and undermining social trust, thus helping to destabilize the societies of EU-member-states and weaken the resolve to present a united front against Russian power politics.

A fragmented field of would-be capitalizers

These developments have already come home to roost. Both politics and social life are fragmenting and compartmentalizing. Trust and respect towards almost all traditional authorities are eroding. In an atmosphere of conspiracy theory-laden suspicion, the elites, the university, the church, trade unions, the media – particularly the National Broadcasting Company YLE – and even the formerly almost universally respected Finnish Red Cross have all come under suspicion. The political parties – all of them – have been hit the worst, and the first victim in a way of poetic justice will be the Finns Party.

After the last parliamentary election, a number of would-be political gainers have sprung up. The most serious attempt to capitalize on resentment towards the EU and the fiscal policies of the Eurozone is the nascent Kansalaispuolue (Citizen Party), led by the unsinkable political veteran, Paavo Väyrynen. Next municipal and parliamentary elections will test the mettle of Väyrynen’s political intuition and decide the fate of his new party.

Further towards radicalized nationalism we find the newly-founded Suomidemokraatit (Finland Democrats), modeled after the much-more successful Swedish Sverigedemokraterna (Sweden Democrats), and already claiming a number of local chapters. Its agenda is dominated by immigration, social grievances, and opposition to the elites and the EU. Suomidemokraatit and the anti-islamization Finnish Defence League are both members of the European Liberty Coalition, a loose group of north-European radical nationalist organizations. Another contender to party status, Aitosuomalaiset Siniset (True Finnish Blue), styles itself as a “popular movement”.

Around the would-be parties are several organizations not aspiring to party status. Suomen Vastarintaliike (Finnish Resistance Movement) is an openly “national socialist” organization, conspicuously promoting on its webpage hero figures from Nazi propaganda and Finnish interwar Fascist movements. It boasts of being a branch in a Nordic network of similar movements, with sister groups in Sweden, Norway and Denmark. A new development has been an attempt to create a social welfare organization Suomalaisapu (Finnish Aid), dealing out material help for those considered national comrades.

Another offspring is the Soldiers of Odin Finland, which has rapidly branched into a number of international sister organizations. As always, the claims to mass nature by the street-patrolling Soldiers can be questioned. The self-proclaimed level of activity seems to be inflated and the organizational and motivational endurance remains untested. While members of the Soldiers typically deny racist motivations and stress the unarmed nature and law-abiding intentions of their vigilantism, the organization is associated with known neo-Nazi activists from Suomen Vastarintaliike. The uniformed patrolling is geared towards creating a violent confrontation and challenging the authority of the police in maintaining public order and safety.

Suomen Sisu is the most successful of the radical nationalist organizations without aspirations to be a proper party. Founded in 1998, with a serving member of parliament as its chairman and several other active politicians among the supporters, it has to be considered a venerable oldster in the frenetic world of Finnish radical nationalism. Sisu is explicit in its yearning for the nationalist agenda of the interwar period, cherishing the memory culture of the victors of the 1918 Finnish civil war. Its program can be described as Fascist, with an emphasis on threatening community decline, “organic national community” as a basis for a reforged Finnish nation and state, as well as an anti-EU vision of a future Europe consisting of culturally and ethnically distinct independent nation-states.

Waiting for a Leader

With the success of Perussuomalaiset fading and no obvious heir to take its place, the landscape is one of a battleground of would-be leaders, none of whom has yet proven charismatic enough to be able to attract anything resembling mass popularity. Forming inclusive parties capable of sustained political activity has so far been the Achilles’ heel of Finnish radical nationalism. Despite grandiose rhetoric, almost all of the radical nationalist “popular movements” are mass movements in name only. Comparisons to Finnish Fascism during the interwar era are obvious: again, the political potential breaks down into a number of mutually suspicious and fratricidal groupings, preventing the rise of an effective common front.

The nationalists’ vision for Finland – and Europe – is an essentially negative one: obsessively concerned with security, defensive, nostalgic and isolationist. Successful policy consists of fending off perceived threats, actual success is only presumed to follow from the vaguely sketched national revolution. With Soini’s party badly discredited, Finland’s radical nationalists and Fascists are waiting for their own Donald Trump to galvanize disaffection into authoritarian protest at the ballot box. While the electoral success may well fall short of enabling an actual political takeover in the form of Hungary or Poland, it may yet give the radicals enough leverage to effect a long-lasting influence in the society and political life.

This article was previously published at sicherheitspolitik-blog.de in April 2016, and has been republished here with the permission of the author.

Oula Silvennoinen is an adjunct professor of European history at the University of Helsinki. He earned his PhD in 2008 with a work (Salaiset aseveljet; translated into German as Geheime Waffenbrüderschaft, 2010) exploring the unknown co-operation between the Finnish and German security police in 1933-1944. Other research interests include the history of policing, radical nationalism and the history of the Holocaust. His most recent work, together with Marko Tikka and Aapo Roselius, is Suomalaiset fasistit (Fascism in Finland: Heralds of the Black Dawn, Helsinki: WSOY 2016). He currently blogs at http://demokratianvoimavirrat.fi/ and tweets at @oula_silver
View all posts by Oula Silvennoinen →

Behind the Nazi façade
The impact of a racist fable