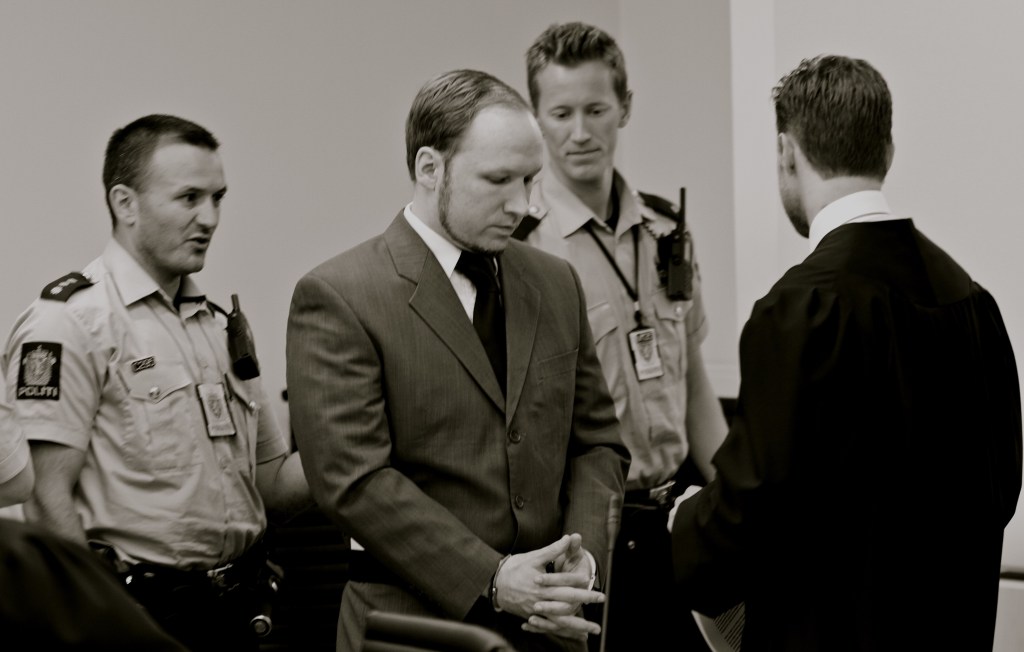 NORDIC EXTREMISM – PART 2: Power struggles and internal conflicts have weakened anti-Islamic organizations in Norway. But more than three years after Anders Behring Breivik’s terror attacks, the level of hostility appears to be growing.

Anti-Islamic activist groups like the Norwegian Defence League (NDL) and Stop the Islamization of Norway (SIAN) have long bickered over politics and personalities. Yet even in disarray the movement has sown fear with its recent calls to infiltrate the Norwegian Armed Forces and declarations of praise for mass killer Anders Behring Breivik.

As reported on Monday by Hate Speech International (HSI) and the daily newspaper Dagsavisen, Norwegian military officials have complained that far-right nationalists were using social media to urge followers to join the Home Guard. The extremists’ goal: turning military force against a supposed “Muslim invasion” of Norway.

The country’s Police Security Service (PST), which is looking into the matter, has expressed “growing concern” about anti-Islamic sentiments and groups in Norway.

Breivik vs. “the vipers”

Shoaib Sultan, of the Norwegian Centre Against Racism, said the escalating rhetoric now extends to online declarations of support for Breivik – the militant rightist who killed 77 people at a Labour Party summer camp on the Norwegian island of Utøya in July 2011. Breivik considered his action a strike against multiculturalism.

“Previously,” said Sultan, “we would see people who thought that what Breivik said and believed was right, but that the attack on Utøya could not be justified. We’re now seeing that more and more people actually support Breivik’s actions. Expressions like ‘the vipers on Utøya’ have started popping up.”

A police source largely confirmed such observations. “There is certainly no less hatred than before, and no fewer vague threats,” the police source said.

Sultan keeps a sharp eye on anti-Islamic and other right-wing extremist groups in Norway. He said the recent calls to infiltrate Norway’s Home Guard – a territorial defence force that resembles the US National Guard – are to be considered “rather extreme”.

“We have seen other people talking about vigilance committees and the like, but it is not common to see it spelled out this clearly,” he said.

The tone of internal debates in Norway’s anti-Islamic groups is often harsh. In 2012, members of the group Stop Islamization of Norway (SIAN) argued over what kind of relationship to have with a slightly older organization called the People’s Movement Against Immigration (FMI). When former SIAN activist Arnt Roar Kvile criticized the older group, it angered a SIAN member from Bergen in Norway.

“Hello, miserable creep,” she wrote in an internal e-mail, and added:

“Remember that there are many FMI members who donate money to SIAN. They have a right to be informed about the criminal slander Kvile puts out.”

The broader email exchange, which was obtained by HSI and Dagsavisen, reveals another internal conflict inside SIAN. It was about politics. At the organization’s 2012 annual meeting, then-leader Arne Tumyr said it was “strange to think that the resistance effort we represent celebrates its 25th anniversary this year. It was in 1987 that the People’s Movement Against Immigration was founded.” Others, however, favoured a different, more moderate course.

In the spring of 2014, when Arne Tumyr resigned as chairman, the conflict involved the organization’s so-called “Silk Front” faction. The Silk Front wanted a more moderate agenda, under the leadership of Rune Bye. Tumyr and his supporters wanted Stig Andersen to take charge over the organisation instead. The position eventually went to Andersen by a vote of 20 to 18.

Several sources have told HSI and Dagsavisen that this leadership change took SIAN into the more extreme direction. One of its new board members, for example, has ties to the extreme right-wing group Order 777, a self-proclaimed “Knights Templar” order that claims to fight against Islamization. Leading members of Order 777 have previously characterized Anders Behring Breivik as a “role model”.

Members of the Silk Front soon took revenge. They gained control of what may have been the organization’s most important organ: its Facebook page. They threw out thousands of members of the Facebook group before converting the group to “secret” status and eventually closing it down.

Later, some Silk Front members took part in the formation of a new organization, called Verdier i Sentrum (VIS), which could be translated roughly as “Values First”. This group has very little activity. SIAN – now dominated by a hard core – still arranges minor events but has failed to gain much attention. Something that did get noticed was a recent post by a member of SIAN’s new Facebook group stating that the nomination committee of the Labour Party’s youth wing should be executed. The outburst was a reaction to the nomination committee’s recommendation of Norwegian-Syrian Mani Husseini to lead the youth party.

According to a police source, the anti-Islamic movement as a whole is less visible on the streets than it was some time ago.

“When they arrange something in Oslo, they gather around 50 people,” the source said, adding: “That includes a mixture of all the different camps: SIAN, NDL, VIS, folks from the Democrats in Norway and ‘freelancers’.”

The Norwegian Defence League (NDL), another organization dominated by anti-Islamic currents, was established in 2010 along the lines of the English Defence League (EDL). Over the next three years, the organization had no fewer than five leaders. An internal message dated March 2013, in which Rune Hauge announced his resignation as leader, fell into the hands of TV2.

In his message Hauge put the blame on increasingly high-pitched Facebook debates. “Trying to calm tempers has been like screaming into a pillow,” he wrote.

The NDL is now relatively inactive, but remains present on Facebook. It gives the appearance of a loose network. And the squabbling continues. Reporting by HSI and Dagsavisen shows that one of the fault lines runs between members in Rogaland County those in the Trondheim area. The two sides disagree over just who constitutes the real NDL.

After the Silk Front lost its power struggle inside SIAN, several NDL activists transferred their membership to SIAN.

“The NDL is more or less gone,” says Shoaib Sultan.

Inspiration from the United States

According to Sultan, anti-Muslim ideas increasingly are being combined with a general hostility towards immigrants. The People’s Movement Against Immigration (FMI), which was established in the late 1980s, is a case in point.

“It seems like their principal activity is putting leaflets in mailboxes,” said Sultan. “But we see an interesting development in FMI’s mixture of anti-Semitism and Muslim-hatred. It’s likely they’ve taken inspiration from American right-wing extremism.”

FMI’s website includes several articles with a distinctly anti-Semitic character, including one written by Stig Roar Wangberg that denies the Holocaust. Wangberg has also written several articles for the website of Norwegian Motstandsbevegelse (“Norwegian Resistance Movement”), an openly Nazi-oriented organization that is often referred to – mistakenly – as Nordfront.

This group, which also goes by the name Nordic Resistance Movement, appears to have adopted a higher level of security than others professing enmity to Islam. Its leading members use encryption to protect internal communications.

“Many people express disappointment in the Progress Party, and those are the ones talking about starting a new party,” he said. “Until now we haven’t seen any real attempt to do it. As things look today, they would have a hard time guiding water down a stream.”

The Democrats of Norway, a party previously headed by former Progress politician Vidar Kleppe, have been hobbled by internecine conflict since Kleppe’s departure. For now there’s very little going on within the party.

In preparing this report, HSI/Dagsavisen tried to obtain comment from the Norwegian Defence League (NDL), Stop Islamization of Norway (SIAN), the People’s Movement Against Immigration (FMI) and the Nordic Resistance Movement as well as from Stig Roar Wangberg, Rune Bye and Arnt Roar Kvile. With the exception of Wangberg, no one responded to our inquiries.

Wangberg, in an email, expressed remorse for his previous utterances.

“I disavow my past with regard to FMI and Nordfront,” he wrote. “I am no longer a member of any of these, and was never actively a part of NF.”

In reference to HSI/Dagsavisen’s report on Monday about potential Home Guard infiltration, he wrote: “I’ve never had anything against Islam or Muslims, and for God’s sake keep these Islamophobes away from the Home Guard.”

Wangberg acknowledged that he still has some doubts about the Holocaust, but said he renounces to his earlier writings:

“I have never hated anyone. […] I have never been a neo-Nazi or racist. […] I was dumb enough to let others use my writings. They are in large part questioning and polemical. True enough, I was a member of FMI, but not anymore.”

Editorial partnership: This part 2 of a series of articles on Nordic extremism is a joint project of the Norwegian daily newspaper Dagsavisen and Hate Speech International (HSI).