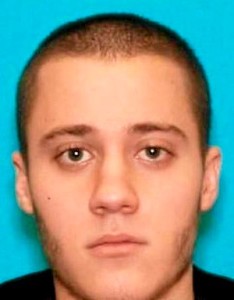 According to Southern Poverty Law Center’s Hatewatch site, a knowledgeable source revealed that the manifesto included references to the “New World Order”, the Federal Reserve and “fiat currency”. The note also expressed antagonism towards the Department of Homeland Security (DHS) and its former chief, Janet Napolitano, who was described as a “bull dyke”.

According to the SPLC, the references seem to put Ciancia “squarely in the conspiracy-minded world of the antigovernment ‘Patriot’ movement”. The New World Order refers to a relatively widespread conspiracy theory. It  exists in various forms, including one that claims global elites are plotting to form a socialist “one-world government”. The alleged conspiracy is often traced to the 1913 creation of the Federal Reserve and the adoption of fiat currency, or paper money not backed by gold. The DHS, which produces intelligence assessments of extremists, is widely seen as an enemy within the Patriot movement, as part of the conspiracy and as connected to the alleged construction of concentration camps across the United States, called FEMA camps. These theories are also embraced by the noted American conspiracy theorist Alex Jones, and some have been peddled by the well-known political commentator and former Fox News television host Glenn Beck.

According to NBC News, the “manifesto” also “expressed animus toward racial minorities and included specific references to the TSA”, or the Transportation Security Administration, an agency of the DHS. All three shooting victims were TSA officials. A witness to the shooting, Leon Saryan, told MSBNC that the shooter had calmly approached him and asked a one-word question: “TSA?”

Ciancia, allegedly armed with a semi-automatic AR-15, was shot in the chest numerous times by police, and is currently receiving medical treatment under police guard. He is described as a loner who was bullied in school. The day before the attack, Ciancia sent text messages to family members, who then contacted the police out of worry that he might harm himself.

Two men were killed and a third is fighting for his life after unknown assailants opened fire on them outside...