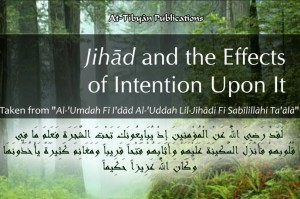 The cover of one of the books downloaded by the younger Tsarnaev brother.

Dzhokhar Tsarnaev,  the younger of the Boston Marathon bombing suspects, downloaded and read  variety of literature held in high regard by extreme Islamists before the Boston bombings.

The indictment against Tsnarnaev – whose elder brother, Tamerlan was killed in a shootout with police – reveals that the young Chechen-American downloaded a copy of the first volume of Inspire Magazine to his computer. Inspire is an English-language jihadist magazine produced out of Yemen. While the magazine has received massive attention from Western media in the past, and has been seen as an example of a new phenomenon, it was in reality far from the first English-language jihadist magazine around, as Thomas Hegghammer at points out at jihadica.com.

However, it is worth noting that the magazine has been carrying bomb-making recipes for bombs remarkably similar to the ones actually used in the Boston Marathon bombings. It has also recommended that potential American jihadists avoid travelling abroad, but instead to act on American soil. It has also provided concrete examples of low-cost operations in the United States, ranging from shooting sprees in restaurants to mowing down pedestrians with a truck.

Amongst the other publications found on Tsarnaev’s computer was a version of the book The Slicing Sword Against The One Who Forms Allegiances With The Disbelievers And Takes Them As Supporters Instead Of Allah, His Messenger And The Believers, a book easily available on the Internet. The work was written by the 19th-century scholar Abdallah al-Ahdal, but the version read by Tsarnaev features an introduction written by Anwar al-Awlaki. Al-Awlaki was an American-born Salafi preacher, sometimes dubbed the “bin Laden of the Internet”, who was killed in an American drone attack in Yemen in September 2011. The Slicing Sword directs Muslims not to give their allegiance to governments invading Muslim lands.

Tsarnaev also downloaded Defense of the Muslim Lands, written by Abdullah Azzam as a fatwa after the Soviet intervention in Afghanistan in 1979. Azzam is often described as “The Father of Modern Jihad”, and is thought to have been a teacher and mentor of Osama bin Laden. The document describes how “the Najasun” – the impure ones – “have duped the dull masses of Muslims by installing their wooden-headed puppets as false figureheads of states that remain under their control”, and calls for both offensive and defensive jihad (i.e. holy war), particularly pointing at Afghanistan and Palestine:

Tsarnaev’s computer also contained Jihad and the Effects of Intention, which – like The Slicing Sword – is published by At-Tibyan Publication, described in the indictment as “an extremist web forum”. This publication warns against impure motives in carrying out holy war, for instance a wish to “show off”.

Earlier, family members of the Tsarnaev brothers have described the elder brother’s radicalization as the result of influence by a friend – an Armenian convert to Islam – and by reading on the Internet. Interestingly, one relative has also said that Tamerlan Tsanaev took an interest in the American conspiracy theory website Infowars, run by Alex Jones, and that he was interested in finding a copy of The Protocols of the Elders of Zion, a fraudulent anti-Semitic pamphlet that claims to detail a Jewish plot for world conquest. As the BBC has reported, the elder Tsarnaev was also in possession of white supremacy literature and conspiracy theory literature concerning the 9/11 attacks in 2001 and the 1995 Oklahoma City bombing.

The Washington Post has previously reported that Dzhokhar Tsarnaev claims to have been self-radicalized, with the Internet as a primary source, and that he cites the U.S. wars in Afghanistan and Iraq as a motivation for carrying out the terror attack.

Update, 15. August 2013: Watch the BBC Panorama documentary on the Boston bombers, which also covers the literature inspiring them, at the BBC iPlayer site.

The Norwegian right-wing extremist Varg Vikernes, a musician and devotee of Old Norse tradition, was detained in France on Tuesday...