You are here: Home › Analysis › Right-wing extremism › Radicalization in a historical context
July 3, 2016 0

VIEWPOINT: Even though dedicated academic units exist to examine radicalization, the concept is fundamentally debated amongst scholars and remains poorly understood amongst the general public. 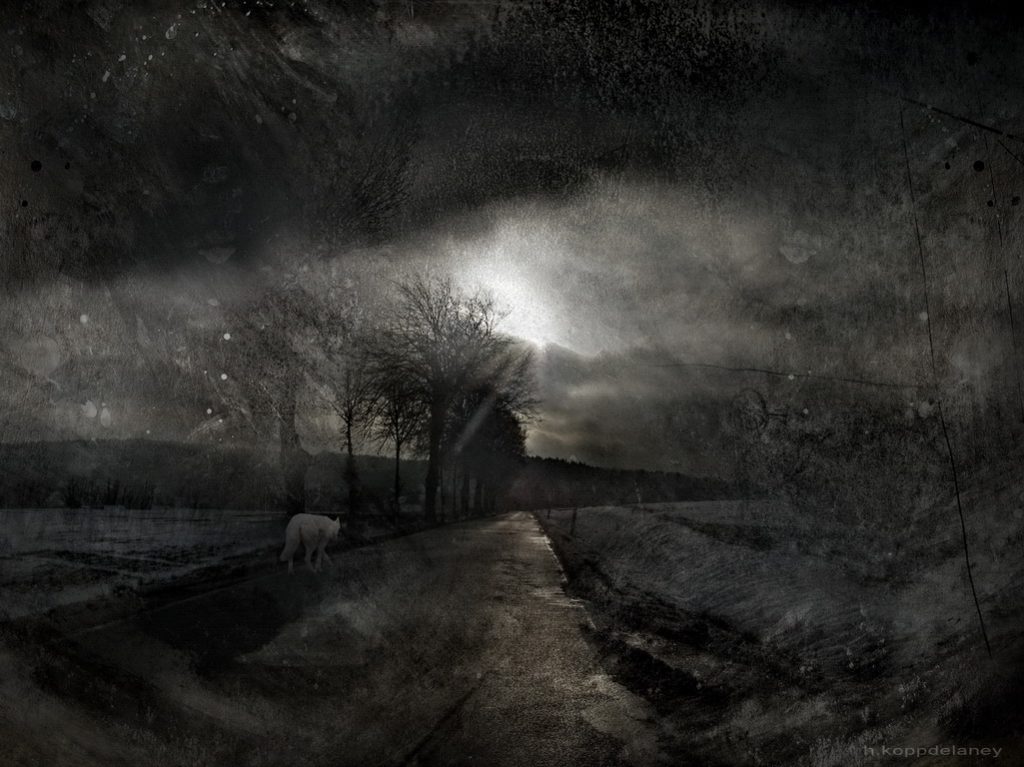 Following the pusillanimous and gristly assassination of Jo Cox, member of Parliament for Batley and Spen in West Yorkshire, the subject of radicalization is prominent in British news once more. This ought not to surprise: The arrested and charged suspect, Thomas Mair, allegedly had a relationship with neo-Nazi movements stretching back to the 1990s and links to pro-apartheid groups going back still further. Even though dedicated academic units exist to examine radicalization, the concept is fundamentally debated amongst scholars and remains poorly understood amongst the general public.

The word fundamental is deliberate. Via the Latin radicalis, originating some seven centuries back, the term’s medieval pedigree had two central attributes: It was a philosophical term and carried with it positive or neutral—but not negative—connotations. In fact, radical has only really taken on a political hue in English over the last two centuries, and again usually was intended positively. Thus, in the early 19th century, radical Liberals wanted to return to, and expand upon, the basis of political liberalism: individual rights and duties. It is really only this century, specifically after the 9/11 attacks and the alarming rise of jihadism in Europe and the US since then, that the term radicalization came to have a negative political connotation.

A Political Good
And yet, who is to say that radicalization is always, necessarily, a bad thing?

Radicalization clearly means different things to different people and, in current government thinking in the United Kingdom, is often separated into violent and nonviolent forms. More broadly, however, the word is typically defined today to include recourse to or endorsement of political violence, and often understood as a political stance incommensurate with “British values”—or at least those associated with democratization and liberal tolerance of others.

But again, that is a far cry from its cautiously positive usage as outside of the orthodox. To take only two examples from the last century, consider the first wave feminist movement at the start of the last century, or campaigners for racial equality in the 1950s and 1960s. Vis-à-vis mainstream society these were radicalized campaigners. We might note that activists’ liberal political radicalization—essentially moves toward greater equality—in those cases was a political good, even an ethical good, set of actions underpinned by ideology.

What may be considered a pained skepticism regarding humanitarian interventions, for instance, was undoubtedly radicalized by the illegal invasion and occupation of Iraq from March 2003. Is that a bad thing, or is it not what we understand by radicalization any longer? Accordingly, the first of three points is that being a radical has a long history, most of it quite different from current conceptions.

Toward the Margins
Likewise, given the “ization” appended to this onetime Latin and philosophical term, becoming a radical is invariably a process. It typically applies to an individual — think of Osama Bin Laden after the 1979 Soviet invasion of Afghanistan — but can also relate to an entire movement.

To use an American example, consider the already violent Ku Klux Klan during the civil rights era, which carried out scores of bombings in the later 1950s and early 1960s. But the term might be even further inflated to include a faith (say, Counter-Reformation Catholicism); ideology (such as Civil War Bolshevism); or country (think Khmer Rouge in Cambodia). These collectives, like individuals, start out putatively normal or mainstream but take a path toward the margins, toward an extreme.

Finally, to turn to a few brief examples that place this key point about timing. Processes obviously take time. But just how much time? As with the suspect in Jo Cox’s murder, sometimes that process of becoming radicalized can apparently extend over several years, or even longer.

Consider Neil Lewington, a right-wing extremist who turned his bedroom into a bomb factory. He was on the cusp of commencing a terrorist campaign in 2006, when he was caught by chance with viable explosive devices on his person. Apparently kept by his bedside since late 2001 were articles in the wake of 9/11 from the mainstream press. They were overwhelmingly focused upon the putative existential threat posed by Islamism. These hyperboles, it seems, were like the Ring of Sauron for Lewington, which ultimately consumed him, radicalizing him toward an imminent violence that was thwarted more by luck than design.

Still, by no means must radicalization take years. To take another historical example, consider US lynch mobs of black Americans before the 1964 Civil Rights Act. If black people, usually men, rose above the station in which racist society made for them—through an interracial relationship, winning a local election and too much else besides—a posse of white murderers would swiftly set upon them. Black Americans were very publicly strung up, often to cheering crowds in the background. Were they already radicalized before such appalling crimes—ready just for a trigger to unleash these murderous impulses? Or did the process of radicalization happen spontaneously, after an event that could be as anodyne as the announcement of election results?

True Believers
Still another historical example of radicalization might be the mass murderers who took part in the Nazi Holocaust during the Second World War. This month marks the 75th anniversary of the invasion of the Soviet Union, Operation Barbarossa, the largest invasion in history. It unleashed the so-called Final Solution to the Jewish Question, according to most scholars in the field. Only 13 months earlier, however, Heinrich Himmler, the prime mover of Nazi genocide, had stated that he could not countenance the removal of Jews via mass murder. In his own words from the May 25, 1940, “Reflections on the Treatment of Peoples of Alien Races in the East”: “One rejects as un-German and impossible the Bolshevist method of physical extermination of a people.”

Less than 400 days later he was urging the Nazis’ mobile killing units, called Einsatzgruppen, to speed up and expand their role: not to systematically kill only military-age Jewish men but women, the elderly and the SS’s preferred target—children. In today’s parlance, Himmler was, therefore, “radicalized” toward genocide between spring 1940 and summer 1941 and, in turn, helped to direct the radicalization of literally thousands of genocidaires contributing to the Nazi war of annihilation in central-eastern Europe.

But, of course, that was as part of an intrinsically extreme regime, one whose racist policies radicalized at this time. Accordingly, the question might become, Did the policies radicalize the man, Himmler, or did the man radicalize his Nazi policies, leading to the genocide of Jews in wartime Europe? Or, yet again, is it a mix of both zealous activists and a context or milieu that can push individuals toward more extreme, radical decisions?

To conclude with the aftermath of Operation Barbarossa, there is no doubt the descent from targeted killing to systematic genocide in the early summer of 1941 was undertaken by SS “true believers” who had been ideologically prepared by the Nazi regime over a process of months, even years. But even in this well-trodden path toward mass murder there were surely murderous or sadistic opportunists who took part in locally-organized, near-spontaneous pogroms, like the notorious Lithuanian savage, nicknamed the Death Dealer of Kovno. He and others who chose to commit pogroms against vulnerable and exposed Jews by beating them to death in public were, it is true, encouraged by the German occupiers in a time of total war.

It is a safe bet that war and occupation can contribute to the process of radicalization. But these murderers acted of their own volition; and here is the key point, the Death Dealer of Kovno and his disguising ilk probably made the decision to take part in the minutes or hours—or at the longest, days—before the opportunity arose to bludgeon to death those Jews huddled in the Kovno square on the morning of June 27, 1941, only five days after the Third Reich’s invasion.

Events like the above make one wonder if, like what we know of crime in general—that it is often opportunistic—radicalization might also be contextual or circumstantial. Given the chance, purveyors of extremism and violence can always be found or encouraged, whether already radicalized and needing merely a trigger, or via ready-made radicalization. Nor is it clear which is least conforming.

This article is based on remarks delivered at the University of Bournemouth’s “Dialogues in the Contemporary Social Sciences” series on June 22, 2016. It has previously been published by FAIR Observer, and is republished here with permission from the author.

Matthew Feldman is a Professor in Contemporary History at Teesside University. He has held research fellowships at the universities of Oxford, Birmingham and Northampton, and he is currently a Senior Researcher with the Modernism and Christianity project at the University of Bergen, Norway. Among other undertakings, he writes on varieties of radical right extremism since the 20th century. His most recent books include Ezra Pound’s Fascist Propaganda, 1935-1945 (Palgrave, 2013) and the edited collection Doublespeak: The Rhetoric of the Far Right Since 1945 (Ibidem-Verlag, 2014).
View all posts by Matthew Feldman →