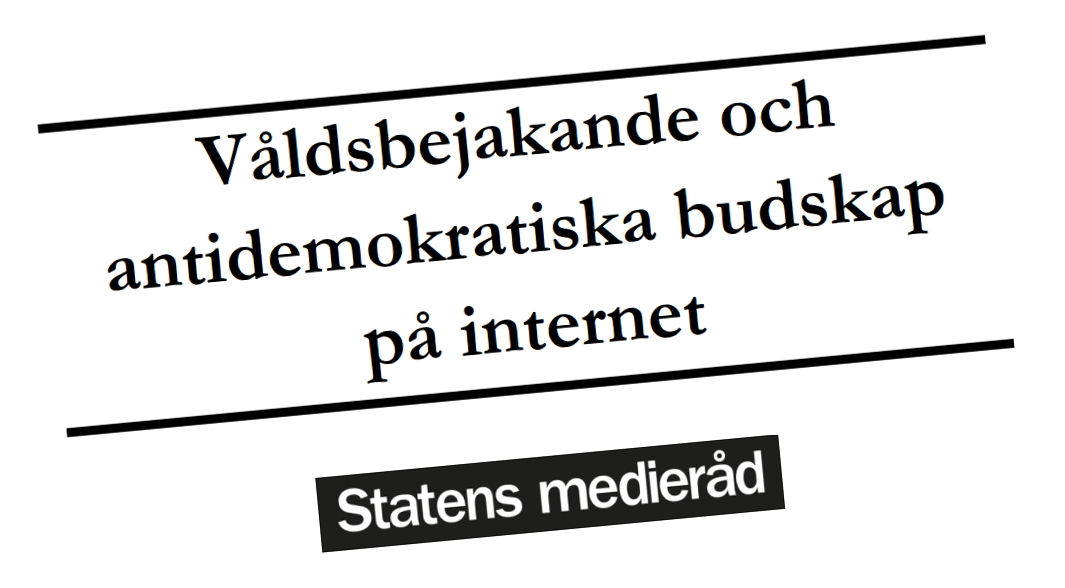 A new report from the Swedish Media Council indicates that right-wing extremist websites reach a much wider audience than left-wing extremist and jihadist sites in the country.

The report, which can be downloaded from the Swedish Media Council’s website, examines a variety of extremist sites on the Internet that can be said to espouse support for violent extremism. That excludes large websites such as avpixlat.info and friatider.se, which are both identified with the radical right.

The report notes that no Swedish websites are run by jihadist organizations supporting the use of violence: “[T]here are individual bloggers, social media users and at least one Swedish website which spread jihadist messages, but none of them seem to be connected to an organization.” According to the report’s authors, this indicates that most of the jihadist propaganda that is spread to a Swedish audience is found on international, Arab-language websites, as well as on commercial web platforms such as YouTube.

In addition, the report looks at four websites espousing Puritan Salafist ideology. According to the authors, these sites doe not support the use of physical violence but do employ “degrading and dehumanizing language against groups of people”.

The extreme left-wing is represented by the websites revfront.org and antifa.se. Both are described as having “very limited representation on the Internet compared with right-wing extremists”. The report looks at seven specific right-wing extremist sites, with a total number of visits reaching 144,868 per day. The sites are connected to groups that are openly neo-Nazi in outlook or to Svenskarnas Parti (the Party of the Swedes), a party established as a continuation of the National Socialist Front in 2008. Their combined visitor numbers easily overshadow the very limited impact of the extreme left (3,620 visitors per day) and the jihadist sites (90 visitors per day).

The report has come under some criticism for its use of these numbers, which are based on numbers from web analysis sites Alexa and FreeWebsiteReport. In response, the Swedish Media Council has underscored that the visit numbers are indeed uncertain, representing little more than an indication of the relative success of different extremist ideologies on the Internet.

The Swedish-language report can be downloaded from the website of the Swedish Media Council.

An alleged would-be terrorist in Poland, a Swedish serial shooter and an Islamist extremist of Chechen background all have something...