How civilians are treated now will set the standard for the future. 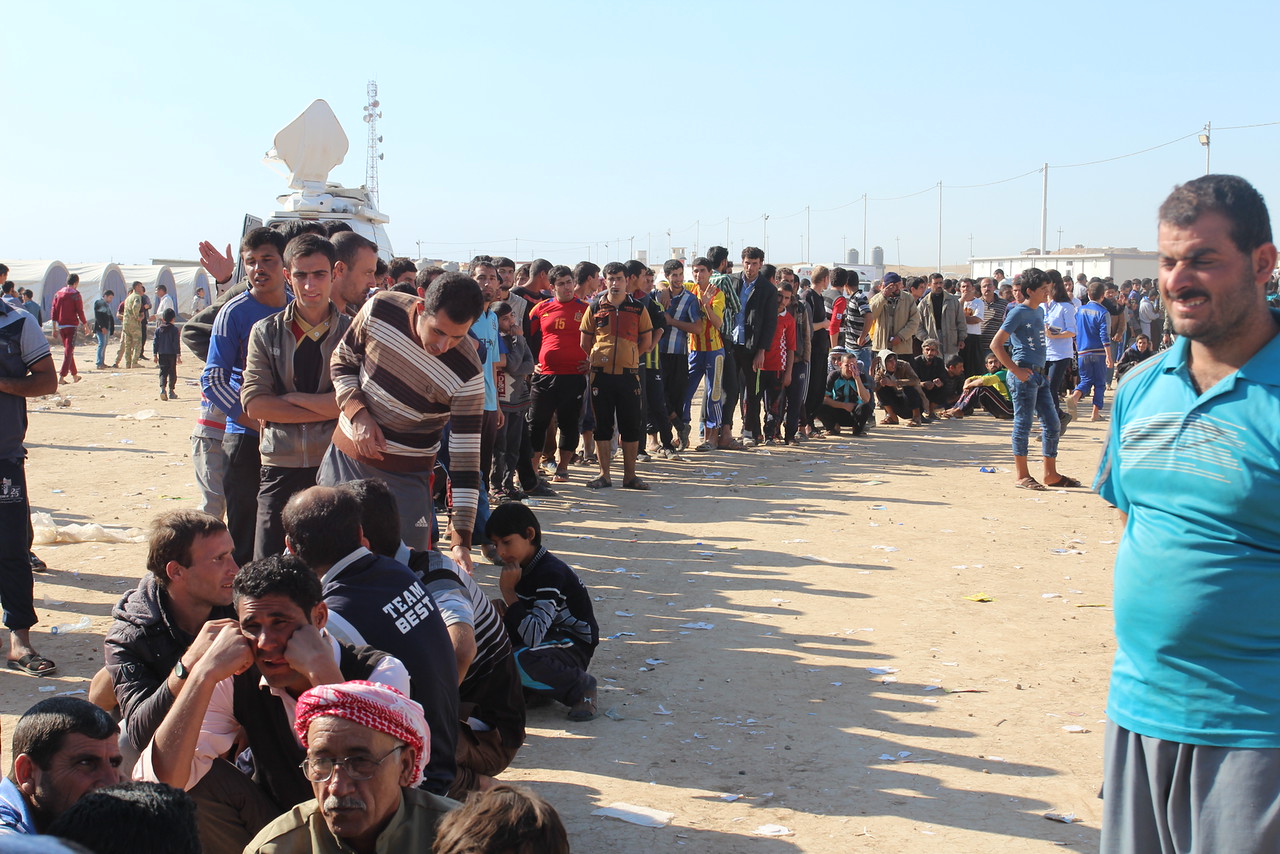 Since the offensive to re-take Mosul from ISIS started one month ago, almost 60,000 people have fled from the city and surrounding areas. The displacement so far is just the tip of the iceberg, with 1.2 million people trapped inside the city.

The way civilians fleeing oppression and violence are treated now will serve as an example and set the standard of how various groups coexist in a post-ISIS Iraq. Civilians must be treated with dignity, they need to receive basic support in terms of food, water and similar, and children need to be given access to education and other initiatives that help them deal with the past and re-integrate in a society based on principled justice and respect. 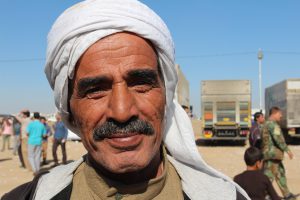 “The years under ISIS were garbage. Just garbage. I am tired. There were no dreams. There were no aspirations for the future. No freedom. We could not even smoke one cigarette. Even when it came to clothes, they told us how to dress. There were no real schools.”, says Abdulrahman. Photo: NRC / Alvhild Strømme. Under copyright.

“The years under ISIS were garbage. I am tired. There were no dreams. There were no aspirations for the future. No freedom,” says Adbulrahman, a man who arrived at the Khazar displacement camp with his family of eight.

Arriving in the camp outside Mosul, people express a mix of feelings. There is a relief to have survived, both the last years and the escape. There is the joy of finally meeting family members they have not seen for years. But there is also the uncertainty about what lays ahead, what the future holds, and whether the basic facilities will be temporary or a long term arrangement before they can return home.

Reports of mistreatment of civilians escaping Mosul are worrying. In the camps, we have heard stories of how civil documentation has been taken away from people, and the consequences that has for their freedom of movement and access to services, for example hospitals, and on their ability to reunite with family, or get to work. We are also told that the screening process everyone has to go through to ensure that ISIS combatants are not among the displaced in some cases has been inhumane and discriminatory. As NRC we are not involved in these processes, but we do find it worrying that a suspicion is directed towards an entire group of civilians, and request that these measures are carried out in in line with international standards and national legislation, as well as in a manner as dignified, humane, and as fast as possible.

For well over a year, the international community has anticipated that the offensive to re-take Mosul would displace hundreds of thousands of people. Currently, the capacity in the camps has the capacity to accommodate a total of 82,000 people, while the number of people who might soon be in need of such assistance could reach 700,000. A failure to welcome those fleeing ISIS and violence with basic services could create yet another source of desperation and feelings of being neglected. The main challenges the humanitarian community has faced preparing for a Mosul exodus is lack of financial support and allocation of suitable land or locations to welcome those forced to flee.

Ibrahim, whom I also met in Khazar camp, told me that “There were no real schools, and they changed the curriculum. There were some ISIS schools, but people did not want to send their children to that [ISIS] school, because of what they learned there. They used power against people in every possible way.” Ammar, holding his daughter Akaber, says that “imagine my daughter, she cannot read, she cannot write, she was supposed to be in 2nd grade by now. She never went to school.”

None of the children of the around 20 families I spoke with in Khazar camp had been enrolled in school over the last two years. In addition, lack of access to education is an issue beyond those who just escaped ISIS last month.

In the summer of 2014, as many of us remember, the Yazidis living in Sinjar were chased up in the mountains by ISIS. I travelled to Bajed Kandala camp where many of them have lived since they were rescued from the mountain.

One of them is 12-year-old Habib. “We came to this camp on the 3rd of August 2014. At home, there was bombing, shelling, shooting. I don’t remember everything; we did not have time to think. We ran to our cars, we did not take anything with us, no food, no ID cards, there was no time. We fled to Sinjar mountains, the mountains protected us. We stayed there for seven days without food and water.”

He wants to become a teacher. Habib used to attend school three days a week, for three hours. The school might close now, as there are no resources and teachers. Habib looks at me; he is begging to be taught. “It is all I have, I lost everything, I need education.”

Iraq has a troubled past, but a history that also tells stories of a various groups living side by side. The last years have given space to deepened social divisions. The social fabric is in crisis. As the country turns to a new page, to a time where ISIS as we know it will no longer part of the power dynamics, a new example needs to be set. Unless there is dignity, respect, basic services, and possibilities for children to deal with their traumas and build a better future for themselves, discontentment and a feeling of being discriminated against will find ways to express itself as hatred, in new shapes and forms, under different banners.

Hezbollah at a crossroads

Alvhid Strømme is currently a Media Adviser at the Norwegian Refugee Council, based in Oslo. She has previously worked for the United Nations in Iraq, Jordan, Malaysia and Yemen.
View all posts by Alvhild Strømme →

How are we to battle the spread of conspiracy theories when the incoming U.S. president has had a habit of...