The Puntland province seems to be the center of pro-IS activity in Somalia, even though there have also been defections or attempted defections from Al-Shabab members elsewhere in the country. 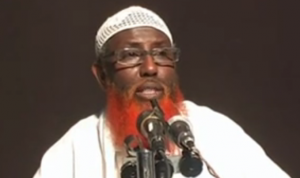 On October 26, a few days short of a year after Sheikh Abd al-Qadir Mu’min’s audio pledge of allegiance (bay’a) and defection from Al-Shabab to the Islamic State (IS), fighters from his pro-IS group in northern Somalia moved into the seaside town of Qandala in the semi-autonomous Puntland region without firing a shot.  Located just under 100 miles east of the region’s administrative center of Bosaso, Qandala in the recent past had served as one of the hubs of pirate activity, though this declined significantly after 2012 following increased local, regional, and international crackdowns.  Moving in from the surrounding hills, pro-IS fighters, estimated by residents to number between 50 and 70, walked through the town interacting with locals and recording propaganda footage for use by the IS multi-tiered media operations machine.  The militants also cut off telephone communication lines to and from the town.  The move was a step in the competition between pro-IS defectors and Al-Shabab for dominance in the domestic jihadi-insurgent space, one that the latter continues to dominate despite some inroads by the former.

Mu’min’s forces refused calls by local clan elders to leave Qandala, where one of the former Al-Shabab ideologue’s clan, the Majerteen Ali Saleban, resides.  Despite this, locals said pro-IS fighters reportedly withdrew from the town the next day, before Puntland government forces arrived to expel them by force.  Qandala, is located on Somalia’s northern coast and is across the Gulf of Aden from Yemen’s southern coast, parts of which are home to both al-Qaeda in the Arabian Peninsula (AQAP)/Ansar al-Sharia and pro-IS Yemeni fighters.  This raises concerns about whether the two IS-aligned forces in Yemen and Somalia could use a territorial foothold in Puntland to their advantage, though the heavy presence of AQAP/Ansar al-Sharia fighters in the area, including in villages near the port city of Mukalla, would likely hinder the movements and options available to pro-IS fighters in Yemen.

A native of Puntland, Mu’min had long served as one of Al-Shabab’s chief ideologues and clerical voices, delivering public sermons and lectures and oral exegesis on the Qur’an to the group’s fighters and residents of insurgent-ruled territory.  In 2011, alongside other Al-Shabab administrative leaders such as the then-governor of the Banaadir region, Muhammad Hassan Umar Abu Abd al-Rahman, served as a liaison between the rebel senior leadership and local clan elders and residents in and around Mogadishu.  In  2012 Mu’min was dispatched to Puntland where he served as Al-Shabab’s regional commander and representative to sympathizers among the region’s local religious scholars (ulama), all the while continuing to deliver religious sermons, lectures, and ideological speeches in person and via audio recordings.  Only a few months before his defection, Al-Shabab’s Al-Kataib Media Foundation released three Somali-language films of Mu’min’s Ramadan sermons to fighters under his command.  Many of these rank and file Al-Shabab members defected with him on or shortly after his own defection in October 2015.

Although there have been some defections or attempted defections of Al-Shabab members in other regions of the country, Puntland seems to serve as the geographical center of pro-IS activity in Somalia, in large part because of Mu’min’s presence there.  In addition to potentially playing off his personal kinship ties in a game of local clan politics, Mu’min and his group, alongside their rivals in Al-Shabab, are also poised to take advantage of renewed fighting between both Puntland and the Galmudug region in and around the disputed town of Galkayo.  The Puntland government also faces internal challenges from disaffected clan militias such as that led by Abdisamad Mohamed Galan, the former governor of the Bari region. 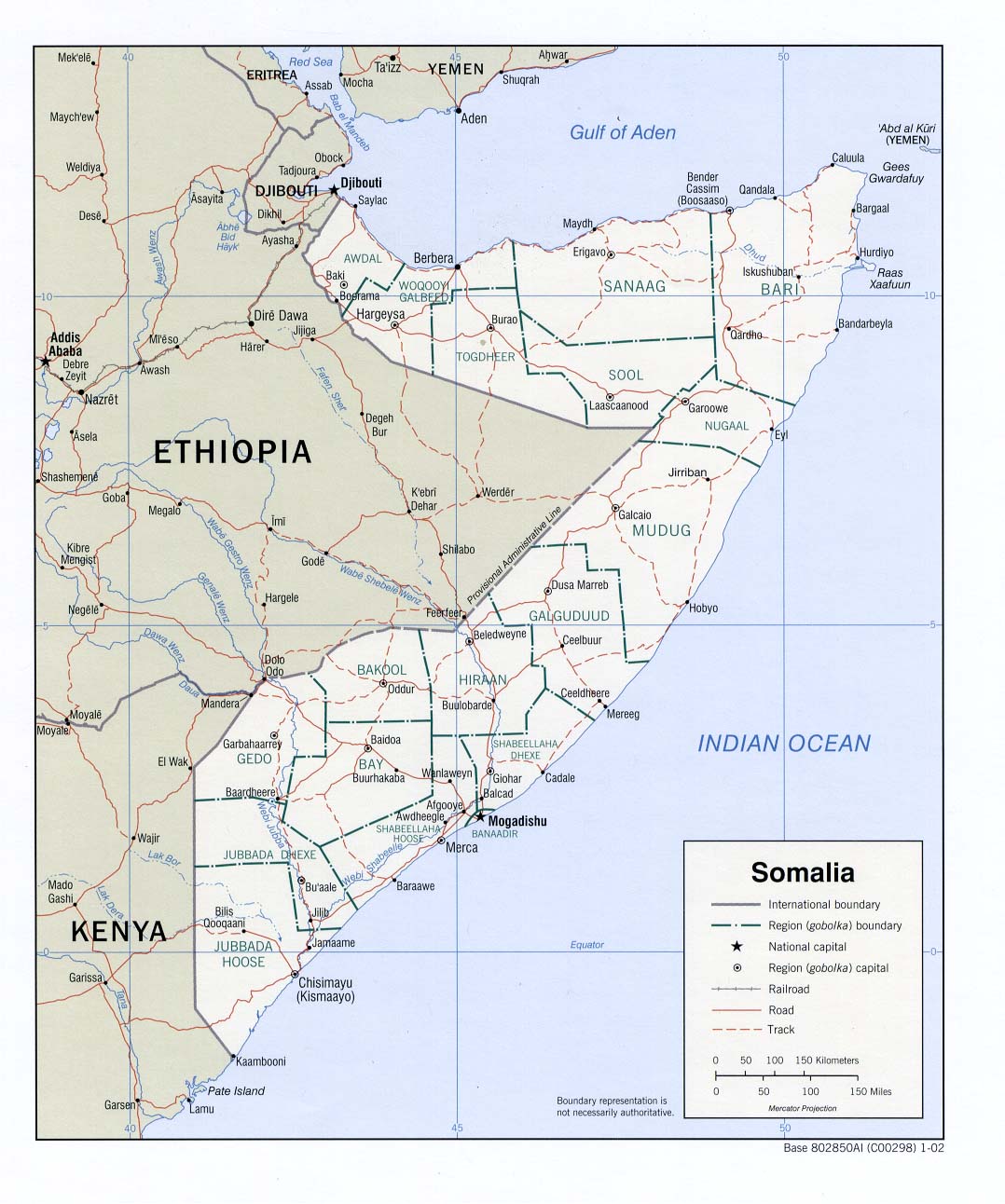 Map: In the public domain. Provided by University of Texas Libraries.

Puntland’s remoteness from the heart of Al-Shabab power in the central and southern parts of the country also improves Mu’min’s chances to build his group’s power there, particularly since he has been active in recruiting fighters and support from sympathetic locals since the second half of 2012.  Al-Shabab’s own military reports show that the Puntland, Mudug, and Galmudug regions are not at the center of insurgent targeting or operations, with the group claiming only three attacks in Mudug, two in Puntland, and none in Galmudug between early June and early September of this year.  In March, a major seaborne offensive by Al-Shabab along the northern coastline was defeated following some initial successes with heavy insurgent losses, with the group’s fighters reportedly being sent to suppress Mu’min and his fellow defectors.  Puntland authorities have also arrested, tried, and convicted a number of pro-IS fighters in recent months and in neighboring Kenya reports of attempts by Al-Shabab defectors and pro-IS activists to win over locals and refugees in Kenya away from Al-Shabab are increasing.  Thus far, the total number of pro-IS fighters, most of them connected to Mu’min’s group, is roughly estimated to be only around 200.  IS films of Somali defectors have so far only shown, at most, a few dozen fighters at any one time, suggesting that the total numbers probably continue to be limited.  Reports from IS media outlets also demonstrate that pro-IS fighters in Somalia and Kenya have limited capabilities outside of Puntland, with the majority of claimed attacks being small, hit-and-run style such as the tossing of a grenade or the planting of an Improvized Explosive Device (IED), rather than larger scale operations of the type that their rivals in Al-Shabab are capable of carrying out.

The driving force behind the competition between Mu’min and other groups of pro-IS defectors and Al-Shabab is most likely local dynamics, economics, and grievances rather than the global conflict between al-Qaeda and its allies against IS and its regional affiliates and allies.  Local pro-IS figures are willing, it seems, to move away from the actual IS organization’s general practices, in particular related to the violence of control, in order to win over new supporters.  In Kenya, for example, pro-IS voices are reportedly attempt to lure support with promises of a decrease in violence (such as the implementation of the hudud or “set” punishments for certain crimes such as murder and theft in Islamic criminal law) and lower taxes than with Al-Shabab.

The success of Mu’min and other pro-IS defectors on the ground in Somalia is intrinsically tied to the trajectory of Al-Shabab.  As the latter’s fortunes rebound thanks to mounting domestic pressures on and internal discord in countries such as Ethiopia and Burundi, two of the regional countries contributing to the African Union Mission in Somalia (AMISOM) forces safeguarding the internationally-backed Somali Federal Government, it will likely empower the Al-Shabab leadership in clamping down on defectors and dissidents.  The decline and ongoing territorial losses of IS in Iraq, Syria, and Libya will also dampen that organization’s global appeal, though local jihadi/insurgent dissidents in such places as Somalia, Kenya, North Africa and the Sahel, and Afghanistan and Pakistan may continue to use the “IS” name or brand as a way of breaking  away from the dominant militant groups in those areas.

Al-Shabab also benefits from the recapture of towns and villages by Al-Shabab in central Somalia as Ethiopia continues to withdraw troops to suppress protests at home, ongoing insurgent attacks in Somalia and neighboring Kenya, and the continuity of its senior and continuing loyalty of insurgent administrative/regional leadership. Doubts about the ongoing elections in Somalia, with widespread allegations of corruption, threats and nepotism and real questions about how representative they really are, also benefit Al-Shabab, which continues to play off the grievances of local groups toward the Somali Federal Government , including mediating clan disputes and providing locals with an alternative, however unattractive.

Christopher Anzalone is a Research Fellow with the International Security Program at the Harvard Kennedy School’s Belfer Center for Science and International Affairs and a PhD candidate (ABD) in Islamic and Middle Eastern studies at McGill University.  He has published widely on Al-Shabab and other Islamist militant groups including Al-Qaeda and its regional affiliates, Tehrik-i Taliban Pakistan, Shi’ite militias in Syria and Iraq, and the Islamic Movement of Uzbekistan.  He has also consulted for the U.S., Canadian, and British governments and has been interviewed by news outlets including the BBC, The Telegraph, The Washington Times, the CBC, PBS, NPR, Al-Jazeera English, Reuters, and the Associated Press.
View all posts by Christopher Anzalone →

Iraq and the offensive against ISIS

How civilians are treated now will set the standard for the future. By Alvhild Strømme, Media Adviser, Norwegian Refugee Council...