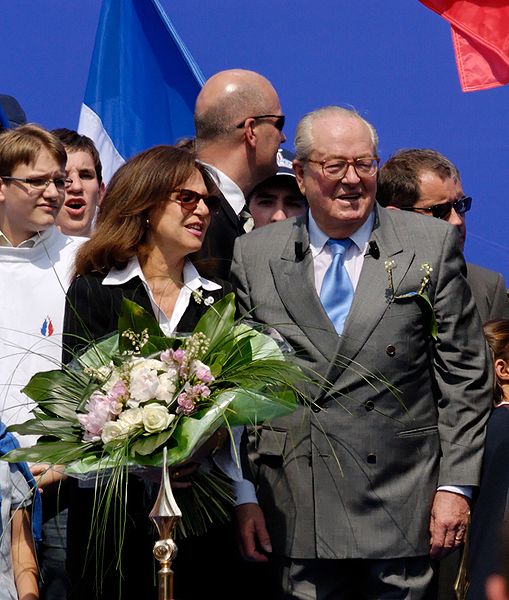 Jean-Marie Le Pen, the former leader of the French radical right-wing National Front party, has been fined €5,000 for suggesting Roma are “naturally” inclined to steal.

A Paris court ruled that the 85-year old politician, who is also amongst the founders of the National Front, was guilty of publicly insulting a group of people based on their ethnicity, reports the French daily Libération. The prosecution had requested a two-year suspended sentence for Le Pen, who remains active in the party, now led by his daughter Marine Le Pen.

Speaking at a rally last fall, Le Pen said that Roma “are like birds… they fly (voler) naturally”. In French, the verb voler means both “to fly” and “to steal”. In court, Le Pen’s lawyer Wallerand de St Just argued that the remarks were made as a joke. Le Pen has been convicted under France’s racial hatred laws several times. He has also landed in trouble for making controversial remarks on the Holocaust, including in 1987, when he stated: “I ask myself several questions. I’m not saying the gas chambers didn’t exist. I haven’t seen them myself. I haven’t particularly studied the question. But I believe it’s just a detail in the history of World War II.”

The National Front has recently enjoyed growing support in France, and today have a largely anti-Muslim focus. Marine Le Pen has lost her parliamentary immunity after comparing Muslim prayers in the street to the Nazi occupation, and is reportedly facing charges of inciting racial hatred. In a 2010 party rally, she said that “we could talk about […] the occupation of our territory”, adding that there were no armoured vehicles and soldiers, but that it was “an occupation all the same”.

According to Libération, the President of France’s Union of Jewish Students Jonathan Hayoun, said the verdict revealed how “one of the National Front’s leaders continues to hold racist views. We ask Marine Le Pen: When will she expel [her father] from the party, considering she has committed herself to excluding all candidates who hold racist views and who are convicted by the justice system?”

IN DEPTH: The Facebook profiles of online jihadists reveal a struggle to balance the lures of Western entertainment and technology with...