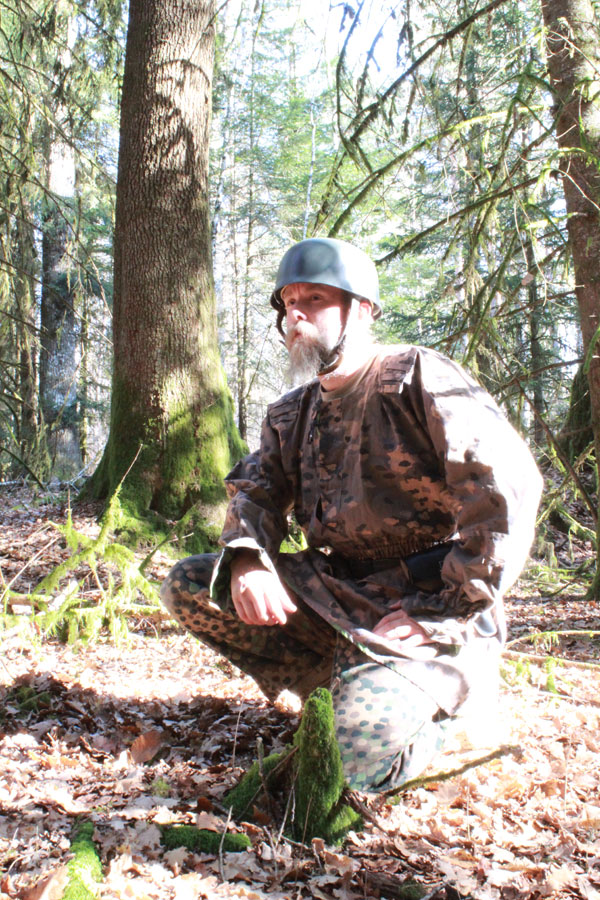 The Norwegian right-wing extremist Varg Vikernes, a musician and devotee of Old Norse tradition, was detained in France on Tuesday morning on suspicion of planning a terrorist attack, though no charges have been filed.According to an official at the Paris Prosecutor’s office, there were “several indications which made the services fear he could possibly carry out a violent attack”. Vikernes, also known under the artist name “Count Grishnackh” or simply “Greven” (the Count), was taken into custody with his wife, who is a French national.

Varg Vikernes, born in 1973, founded his one-man music project Burzum in 1991, and was part of the early Norwegian black metal scene. In 1994, however, he was convicted of the murder of a fellow band member in the band Mayhem, as well as of arson in three church fires. He was found not guilty of an arson attack that destroyed the Fantoft stave church, which dated from the 12th century. While the judges called the jury’s verdict on the Fantoft charge an error, they did not overthrow the larger case.

While in prison, Vikernes wrote the book Vargsmål (Speech of the Wolf), a book which attacks Christianity as a “Jewish-Christian death religion” and as “racism against our own race, […] kept alive by our own race brothers to slave for the Jews”. In addition to anti-Semitism, he also expresses strongly racist views, and blames Jews for Muslim immigration to Norway:

Why do you believe it swarms of Muslims here in Norway? It is actually because the Jewish power needs them here so that they can threaten us, press us so that we shall become afraid for life and cast us around the throat of the Jewish power and ask for help, so that we voluntarily shall cast us out in war and conflict on the Jew’s side! First the Jews slip Muslims in, then they make the Muslim as our largest enemy, and then we are entirely in the Jew’s sweaty and clammy hands, clearly to be cast out as bait and cannon fodder! With the simple exception certainly, of me, I am heathen. They have no control over me; therefore, they put me in prison and then they are rid of a disturbing element in the Jew-ification of Norway!

In 2009, Vikernes was released from prison. After living at a farm in rural Telemark, he and his wife moved to France. From France, Vikernes has continued producing music, with albums such as Umskiptar – which features  lyrics from the Old Norse poem Völuspá – and Sôl austan, Mâni vestan, the latter an example of experimental electronic music, rather than black metal. At the same time, he has been writing political texts which combine neo-Nazi views with a focus on Old Norse religion, mythology and tradition. While Vikernes has previously described himself as a Nazi, he currently prefers the term Odalist.

A few days before his arrest he wrote a blog post accusing immigrants for being behind a recent train crash:

I am so angry, and I have been the whole day, and I just don’t understand why Europe doesn’t revolt against this. What do they have to lose? They have already lost the protection of the law, the freedom of speech; they are already living like slaves, working not for their own interests but for Jewish-owned banks and Jewish stock holders; the elections are obviously rigged, so there is no political solution in sight, and even if the elections weren’t rigged the media is under Jewish control, so there is no hope for any real political alternative.

[…] Yes, you see; that is what they want! To exterminate Europe, lock, stock and barrel. They hate us! There is nothing they hate more than Europe and everything European, and they want it all gone – and they have been working for thousands of years already to ensure that this will happen. It must stop; we must take actions to end this. Before it is too late.

However, Vikernes has also written that he “for obvious reasons […] will not encourage anybody to take any illegal actions to end the European genocide”. People should instead work to “expose [Jews] and their lies to as many as possible – like I do here”.

His wife is also an active writer on the Internet, espousing what her web site describes as a “unique theory about the Neanderthal and Homo Sapiens hybridization, [and] the unique cultural and moral heritage that still comes to us from the Neanderthal man, our true and almost only ancestor”.

The arrest of Vikernes has led to comparisons with the Norwegian right-wing extremist terrorist Anders Behring Breivik, and it has been reported that Vikernes was amongst the large number of people who received Breivik’s manifesto on the day of Breivik’s terror attacks in Oslo and at Utøya. While the two Norwegians share a belief in extreme nationalism as well as strongly racist views and a belief that Europe is falling into decay due to the actions of “traitors”, Vikernes has criticized Breivik for not pointing at what Vikernes considers the true cause of Europe’s woes, namely a Jewish conspiracy. He has also written that he does not share Breivik’s conclusion that violence is the only possible solution, and he has criticized Breivik’s method, stating that “true nationalists do not kill children of their own nation”.

In an interview with the Norwegian web site Vepsen, Professor Terje Emberland, a researcher at the Norwegian Center for Studies of Holocaust and Religious Minorities, said the ideology espoused by Vikernes is hardly new. “His neo-heathen and pan-Germanic ideas belong in a tradition stretching back to the beginning of the last century,” Emberland said.

Varg Vikernes was released from custody this Thursday, and police state that there is no evidence that he has been planning terrorism. He will, however, be charged with incitement to hatred, reports Le Monde.

German prosecutors have been investigating six neo-Nazis suspected of forming a terrorist group, Der Spiegel reports. This Wednesday, police and...