ANALYSIS: The recent mass shooting in the small university town of Isla Vista, California, has put a spotlight on misogyny. If anything good is to come of the tragedy, we have to stop pretending such hatred is any less dangerous than other forms of extremism. 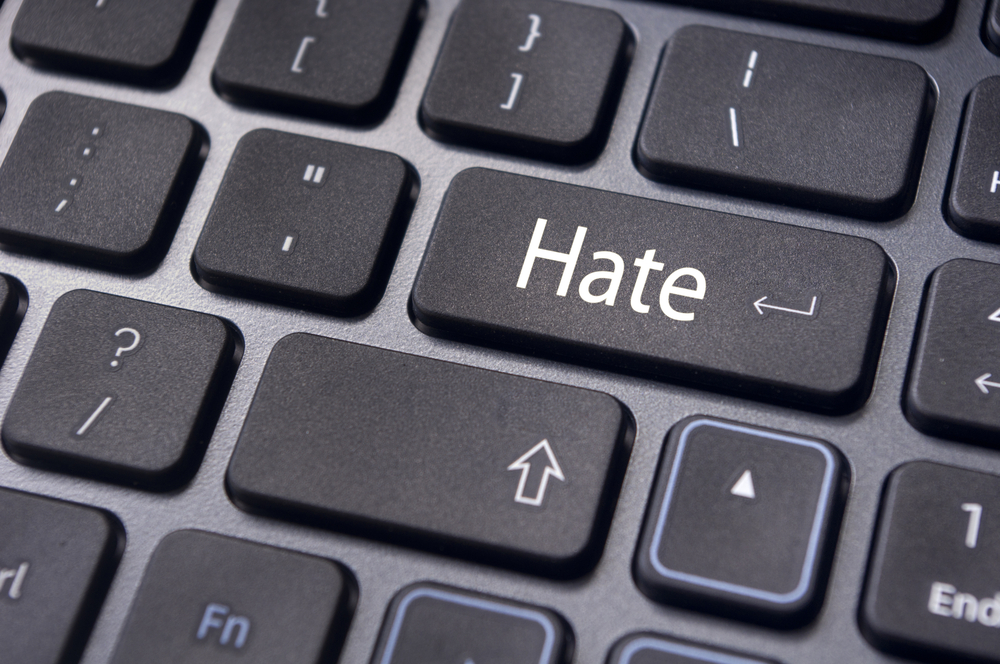 Twenty-two-year-old Elliot Rodger’s rampage started in his dormitory, where he killed three young men, two of whom he shared the flat with. Then he got into his car and headed to a women’s sorority house, with the intention of killing the female students there. In all he killed seven young people, including himself, and injured another 13. Although his victims were of both sexes, his motive was made clear in a 137-page manifesto:

“I will punish all females for the crime of depriving me of sex. They have starved me of sex for my entire youth, and gave that pleasure to other men. In doing so, they took many years of my life away. I cannot kill every single female on earth, but I can deliver a devastating blow that will shake all of them to the core of their wicked hearts.”

This he called his War on Women.

“A magnificent gentleman”
The manifesto and YouTube videos of Elliot Rodger reveal a young man with severe personality problems who was socially awkward and full of hate. His biggest complaint was against women, who failed to appreciate the qualities he saw in himself. Rodger had no success with women, and could not understand why: “Women must be punished for their crimes of rejecting such a magnificent gentleman as myself.” He considered himself a catch. More than that, he perceived himself as having a right to sex, a right women denied him. This he summed up in ideological terms, which included a final solution:

The first strike against women will be to quarantine all of them in concentration camps. At these camps, the vast majority of the female population will be deliberately starved to death. That would be an efficient and fitting way to kill them all off. I would take great pleasure and satisfaction in condemning every single woman on earth to starve to death. I would have an enormous tower built just for myself, where I can oversee the entire concentration camp and gleefully watch them all die. If I can’t have them, no one will, I’d imagine thinking to myself as I oversee this. Women represent everything that is unfair with this world, and in order to make the world a fair place, they must all be eradicated.

Some have tried to write Rodger off as a disturbed young man acting out of personal motives, not ideology. Others have focused on the women-bashing Internet forums that Rodger frequented, and on the wider problem of misogynistic rants found in social media and the comment section of online newspapers. These two views of Rodger may seem mutually exclusive, but both are key ingredients in most lone-wolf terrorism.

The whining terrorist
If we study Elliot Rodger’s manifesto more closely, we find he has a problem not only with vile, sex-withholding women, but with most of humanity. 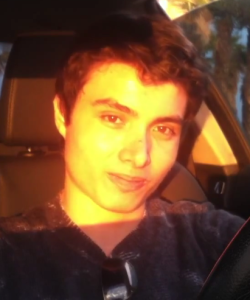 Elliot Rodger (Photo: screenshot from his anti-feminist hate video released on YouTube and other sites)

The manifesto is written as a personal biography, with Rodger’s interpretation of his evolution through the years. The first few years of childhood seem to pass without drama. Still, from a young age he has trouble with social interactions, and his isolation gets worse with each year.

A central motif in his own understanding of the problem is that other people bully him and don’t appreciate him for the great guy he is. He feels insulted by people who are happy, by people who do not want to hang out with him, by people he sees on the street. He is angry at his parents for not making the sacrifices he feels are needed to give him the life he deserves: “If only my damnable mother had married into wealth instead of being selfish. If only my failure of a father had made better decisions with his directing career instead wasting his money on that stupid documentary.” He should be rich, and he should not have to work for it. So he quits school, but is offended that his family wants him to get a job: “I refused all of the jobs that Tony suggested to me. The problem was that most of the jobs that were available to me at the time were jobs I considered to be beneath me. My mother wanted me to get a simple retail job, and the thought of myself doing that was mortifying. It would be completely against my character. I am an intellectual who is destined for greatness. I would never perform a low-class service job.”

He gets into violent episodes with several people, and finds all his roommates in college annoying and beneath his standards. He also hates all men who have girlfriends or engage in sex with women. There is hatred and perceived injustice in every aspect of Elliot Rodger’s world. Everyone is out to get him.

Then something happens: He discovers an online community that seems to help him focus on the one group that more than any other is responsible for the evils of the world. Women. He writes about this site, the Reddit sub-forum (or “subreddit”) puahate.com.
“It is a forum full of men who are starved of sex, just like me. Many of them have their own theories of what women are attracted to, and many of them share my hatred of women, though unlike me they would be too cowardly to act on it. Reading the posts on that website only confirmed many of the theories I had about how wicked and degenerate women really are.”

The terrorist personality
FBI studies have revealed interesting similarities among lone-wolf terrorists, both psychologically and ideology. In Hunting the American Terrorist, FBI agent Kathleen Puckett identified paranoia as the central personality trait of such terrorists. They have a tendency to be isolated individuals who interpret the actions of people around them as hostile. They are easily insulted and lash out.

Combined with the paranoia is a sense of entitlement. The lone-wolf terrorist is a narcissist devoid of empathy. He has totalitarian views and divides the world into distinct categories of good and evil. He places himself on the good side, and from there he takes it upon himself to start a private war.

In accordance with his personality he chooses a paranoid ideology. His tendency to make connections between disparate events and interpret them all as personal attacks on him makes him susceptible to ideologies that involve some master conspiracy. There is nothing random about the group perceived as most evil. The selection usually stems from a combination of personal experience and worldview. Whether the evil other is identified as Islam, the corrupted West, immigrants or women, this enemy must be crushed at all cost.

Because the lone-wolf terrorist is a social misfit, he will often try to connect with others who share his ideology, but will often fail. Yet his narcissism does not allow such isolation to hinder him. He sees himself as the bearer of the purest form of his ideology, giving him the right to punish others.

Most lone-wolf terrorists are not original thinkers. The ideology they latch onto generally belongs to a wider group of haters. That’s why they feel that they are acting on behalf of the human race, not just themselves.

As the Norwegian anti-feminist blogger Eivind Berge wrote after the murderous rampage by Elliot Rodger:

The monster virgin is a true product of our sex-hostile feminist society, which denies that involuntary celibacy can ever be a problem and is more concerned with constructing the bizarre lie that women can be rapists than acknowledging the basic needs of men. You reap as you sow.

I was reading several posts on different forums and it seems many teenage girls have sex frequently. One 16-year-old does it usually three times a day with her boyfriend. So, err, after a month of that, this little hoe has had more sex than ME in my LIFE, and I am 48. One more reason. Thanks for nada, bitches! Bye.

Like Elliot Roger, Sodini was depressed over his rejection by women. He moaned about it constantly in his blog. But he also viewed their rejection, and their acceptance of other men, as a personal insult. He thought he had a right to sex with women, and when they deprived him of it, he started hating them collectively.

The most famous massacre motivated solely by a woman-hating ideology took place in Canada in 1989. Armed with a shotgun and a hunting knife, 25-year-old Marc Lépine went into a classroom at École Polytechnique de Montréal. He fired a shot into the ceiling and ordered the frightened students to separate into two groups, girls to the left and boys to the right. The boys were then told to leave and Lépine told the nine girls: “You’re women, you’re going to be engineers. You’re all a bunch of feminists. I hate feminists!” Then he shot them all. Only three would live. Lépine then began moving from room to room in the school, shooting all the women he saw. Eventually he succeeded in killing 14.

Marc Lépine left a suicide note, stating a political motive for his massacre:

Would you note that if I commit suicide today 89-12-06 it is not for economic reasons (for  I have waited until I exhausted all my financial means, even refusing jobs) but for political reasons. Because I have decided to send the feminists, who have always ruined my life, to their Maker.

The woman-less terrorist
Anti-feminism, a term often used by terrorists with a grudge against women, can be found in a striking number of terrorists whose main ideological motive appears to be something else entirely. That is the case with the Norwegian lone wolf Anders Behring Breivik, whose manifesto contained as much ranting about women as about the supposed Islamic takeover of Europe that was his professed motive for killing 77 people on 22 July 2011. The anti-abortion crusader Eric Rudolph, most famous for the 1996 Olympic Park bombing in Atlanta, has published his own anti-feminism articles since his arrest. They make one wonder whether his fight against abortion was in reality a fight against evil and depraved feminists?

A common denominator among lone-wolf terrorists is that they tend to get on poorly with other people, and especially with women. Most are total failures in this area.

But despite obvious signs that militant anti-feminism can lead to violence and terrorism, it seems to be the factor most often overlooked by analysts as they work to detect potential terrorist threats. Could that be because the ideology is so widespread? Is it easier to place terrorism in a zone removed from the mainstream?

The problem with overlooking this component of lone wolf terrorism is that it might keep us from preventing attacks. If an unstable person gravitates towards Islamic extremism or anti-Semitism, alarm bells often ring. Anti-feminism and hatred of women don’t have the same effect. Well, they should.

Wins, losses for EU far right
EU earthquake? Not quite

ANALYSIS: A number of radical right-wing parties did make gains in the European parliamentary elections between 22-25 May. Some results are...