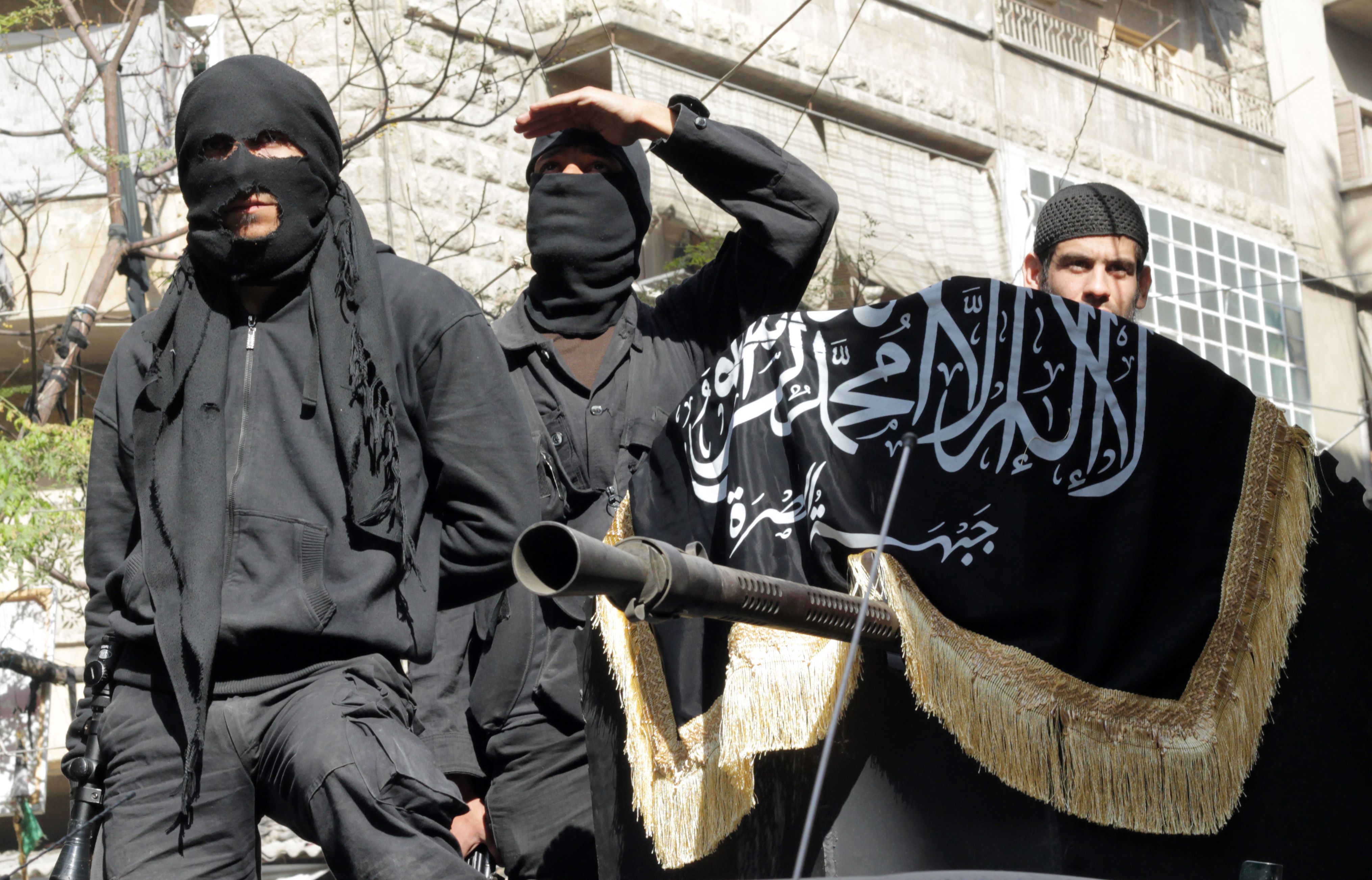 ON PARADE: Members of jihadist group Al-Nusra Front took part in  a march on 25 October 2013 in the Bustan al-Qasr neighbourhood of Aleppo. The mujahedeen are calling for the establishment of an Islamic state in Syria. AFP PHOTO / KARAM AL-MASRI

IN DEPTH: Newly revealed secret documents about foreign volunteer fighters in  the mujahedeen offer new insights into the inner workings of the al-Qaeda terror group’s Syrian ally, the Al-Nusra Front.

The documents, which were seized by Kurdish separatists and recently published by respected British blogger Eliot Higgins, offer fascinating glimpses into the lives of volunteer Muslim fighters who joined the Jabhat al-Nusra (also called the Al-Nusra Front) and the Islamic State of Iraq and Syria (ISIS).

Syria-watcher Higgins, 34, was an unemployed finance worker from Leicester, England when he started his now influential blog in 2012. In less than a year, his blog has become a key source for many journalists and aid workers who are tracking Syria during the nearly three-year conflict between the government and the opposition that the United Nations says had left at least 120,000 people dead as of September.

“Brown Moses is among the best out there when it comes to weapons monitoring in Syria,” Peter Bouckaert, emergencies director at Human Rights Watch, told the British newspaper the Guardian.

The records give a detailed account of the qualifications and background of specific mujahedeen who reported for duty in Syria with the armed group Jabhat al-Nusra, which is broadly considered a branch of Al-Qaida.

The records detail the types of weapons issued the fighters, often Kalashnikov-style automatic rifles, “combat vests” and sometimes grenades, but say nothing about training plans, if any, for new recruits.

The lists say most recruits were also issued four or five clips of ammunition, with about 150 bullets in all, with those details listed in the same accounting style: “Abu Azzam al Muhannad. Ashrawiya rifle No.E9606 wooden stock. 5 (clips). 150 (rounds). Combat vest + grenade.”

German war photographer Victor Lacroix, who works for the German daily newspaper Die Welt among others, photographed the documents that are said to have been seized in the Syrian city of Ras al-Ein, on the border between semi-autonomous Kurdish areas of Iraq and a part of Syria that was under the control of Islamic extremists until this autumn, when it was taken over by the YPG, a Kurdish armed militia with ties to the separatist Kurdistan Workers’ Party (PKK).

The reality of Jihad life
The documents record the fighters’ aliases – their noms de guerre – making it impossible to immediately determine their true identities. However, social media and regional naming traditions provide enough clues to allow at least some educated guesses. Local fighters are referred to either as al-Ansari (Companions) or have names based on their home region. Others are given names reflecting their home place or country, such as al-Tunisia for Tunisians, or al-Kurdi for Kurds. Al-Jazrawi appears to be used for a relatively large contingent from Saudi Arabia. Among
foreign nationals, the al-Muhajireen, some nationalities stand out, with Kurds appearing to have signed up with radical Islamist groups in especially large numbers.

High Casualty Rate
All 70 recruits were listed in the documents as having arrived in Syria in 2013 and nine of them, or nearly 13 per cent, are already reported dead, a very high casualty rate even in conventional combat.

Other reports also say that foreign recruits generally receive little training and are often thrown into battle with little or no preparation.

Suspected War Crimes
One of the presumed Tunisians on the list, using the alias Abu Usama al-Tunisi, could be the same man suspected of an outright slaughter in the northern part of Syria. If so, his rise through the ranks of Syrian rebels must have been rapid, since the list was probably compiled in 2012 or 2013.

Tunisia is known as one of the countries that exported many radical Islamists to the Syrian civil war, and several Tunisians on the list were apparently killed in Bilad al-sham, an Arabic name for Greater Syria.

Kurdish Islamists
There are also a large number of Kurdish names on the lists, including one identified as Abu Hamza al-Kurdi. In a February 2013, YouTube video, a person using the same name can be seen “advising” his Kurdish brothers to abandon the Kurdish party’s nationalist ideology and embrace radical Islamic groups in Syria. The video breaks new ground, because, for one reason, it was the first known confirmation of Kurdish Muslims from Turkey going to Syria to join the uprising. The list also appears to show at least a small stream of Kurdish volunteers to Jabhat al-Nusra, adding another piece to the Syrian civil war puzzle.

Several of the names on the list appear to have a Saudi connection, including Abu Baraa al-Muhajir. He may be known on @zaal_fahad in Twitter, where he wrote: “Where are you, Muslim youth?”

Jabhat al-Nusra and the Islamic State of Iraq and Syria (ISIS) are largely considered separate groups, since al-Nusra is led by Syrians while the ISIS is based in Iraq. However, there appear to be clear links. One example from the Jabhat al-Nusra list is Abu Hajira al-Jazrawi. In a video recorded before a suicide attack this year, he calls for unity between Jabhat al-Nusra, the ISIS and the Army of Islam (Jaysh ul-Islam).

Full translation of the secret documents can be found here.

The identities of thousands of anonymous commenters to the leading right-wing Swedish website Avpixlat have been leaked, revealing that a...