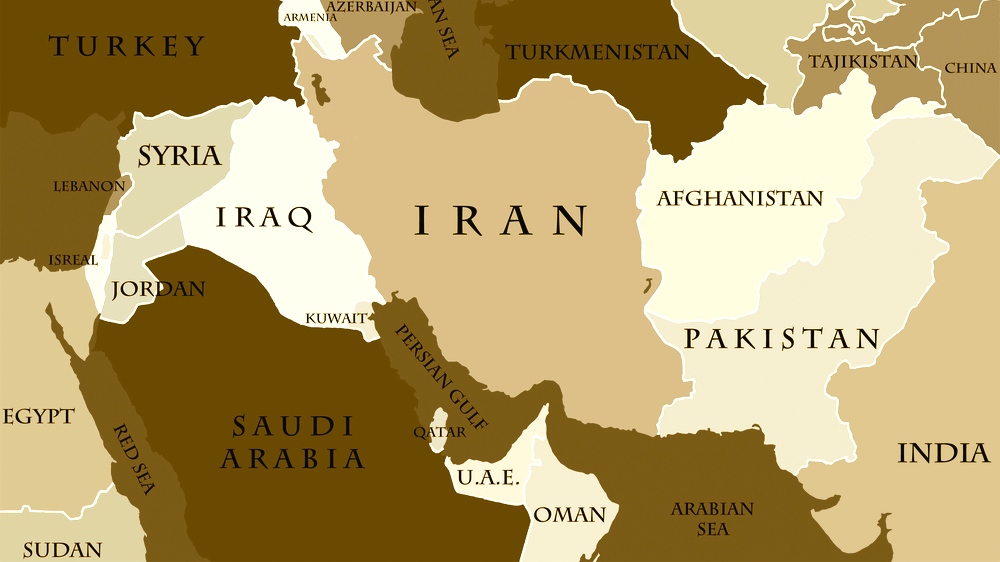 HOT SPOTS: Jordan remains, for the time being, a quiet island surrounded by conflicts in neighbouring countries. The key question for King Abdullah II and his advisers is how best to protect the Hashemite kingdom. Photo: SHUTTERSTOCK

Jordan, Saudi Arabia and Turkey are secretly trying to negotiate a coordinated air and ground campaign targeting ISIL in Syria and Iraq.

For some time the countries have exchanged intelligence and held informal discussions on matters related to the Islamic State of Iraq and the Levant (ISIL) and other extremist groups in Syria and Iraq. But recent events – especially ISIL’s military advances and its June 29 declaration of a caliphate, or Islamic state – have led to intensified talks.

Read more: The quest for the caliph(ate)

Anticipating a possible shift in Jordanian strategy on the civil war in Syria, many top military and intelligence officials in the Hashemite kingdom have started planning for the relocation of their families. While no final decision on a joint operation has been made, many officials believe air and ground campaigns are under consideration to strike back against ISIL, according to high-level security sources in Jordan.

HSI has been unable to obtain comment from the governments of Jordan and Saudi Arabia. The Turkish government, however, submitted an email reply.

“Regarding the allegations mentioned in your e-mail, concerning Turkey, we have to emphasize that they do not reflect the truth,” the Turkish embassy in Oslo stated, while pointing out no specific inaccuracies.

The United States is said to have offered logistical and intelligence support if the three countries decide to take an even more active role in efforts to counter ISIL, which has been designated a terrorist organization by both the United States and the United Nations. US Defense Secretary Chuck Hagel declared last week that ISIL poses a clear and“imminent” danger to the Middle East, Europe and the United States.

The secretary’s remarks, made during a visit to a naval base in the US state of Georgia, suggests a possible shift in US strategy as well. After the withdrawal of troops from Iraq, the United States has been reluctant to be drawn into a new ground war in the region. So far, the Obama administration has been willing to send only up to 300 military advisers to Iraq. But by declaring ISIL a threat to the United States, the defense secretary has opened the door to new covert operations and military support if countries in the region decide to take more direct action themselves. Such support could entail logistics, transport, intelligence, target development and other tasks currently within the mandate of the US military advisers in Iraq.

“The president has announced the establishment of a counter-terrorism partner fund which will allow our partners to set up training missions for moderate Syrian opposition forces, contrary to ISIL,” Commander Bill Speaks, a US Department of Defense spokesman, said in a comment to HSI.

According to the spokesman, the fund could be used for training missions for moderate opposition groups in Iraq, Yemen and Syria. He would not comment on prospective cooperation in intelligence and target development in connection with a possible campaign against ISIL.

“We would obviously not discuss any intel sharing we may or may not have with our partners,” Commander Speaks stated.

Jordan to date has taken a delicately balanced approach to the Syrian civil war, encouraging a public perception of neutrality in the conflict in the north while secretly assisting US and Saudi efforts to overthrow Syrian President Bashar al-Assad.

According to current and former US and Middle Eastern officials, quoted in a Wall Street Journal report on 25 August 2013, Jordan, the United States, Saudi Arabia and other allied states run a secret operations centre in Jordan where Syrian rebels are armed and trained. The centre was set up in the summer of 2012 with the blessing of King Abdullah II of Jordan, and included an airstrip and extensive warehouses of arms.

The Pentagon spokesman would not comment directly on this media report. However, the commander emphasized that he could “not comment on behalf of other US entities than the DoD (Department of Defense)”. That may indicate that the reported training facility in Jordan so far has been supported by the Central Intelligence Agency (CIA).

On the other hand, Jordan has not been seen aggressively cracking down on jihadists and the ISIL propaganda network present in Jordan. Talking to HSI on the condition of anonymity, a high-ranking security official in Jordan in February stated that the security and intelligence apparatus dealt with the different rebel groups inside Syria and their possible affiliates in Jordan in exactly the same manner: “We do not differentiate between them. We treat everyone the same way.”

The security official repeated his answer when asked the question a second time, suggesting that Jordan might be following a strategy of deflection. By not causing problems for ISIL, the country thus far has avoided becoming a direct target. Betting on several different horses is a time-honoured Middle Eastern strategy. If Jordan wanted to assume a more aggressive stance against the jihadists, the country could probably do so quite effectively. For the past year and a half, with US assistance, Jordan has been performing retina scans on people entering the country – Syrian refugees in particular. The security services in Jordan are known to be effective and often brutal.

Through its strategy of avoiding direct confrontation with the extremist group and its closest allies, Jordan has preserved a high degree of security inside its borders, even as intense conflict rages in surrounding countries. But many Jordanian officials know their island of calm could quickly be engulfed. If Jordan decides to engage more directly in the conflict, ISIL could turn on the Hashemite kingdom with a fury that might destabilize it.

This is the main reason a number of Jordanian officials have started making alternative housing arrangements and ensuring that their financial resources are easily accessible, if needed.

According to the security officials, Jordanian authorities fear that ISIL might have sleeper terror cells inside Jordan that could be activated if the country becomes more involved in the planned military campaign against the extremist organization.

For the time being, ISIL has kept its focus on winning and holding territory in Iraq and Syria. The Sunni group has declared a willingness to expand its so-called Islamic state beyond the northwest of Iraq and northern Syria to encompass the entire Levant, or al-Sham (greater Syria), including Lebanon, Palestine and Jordan. As they weigh their response, Jordan, Turkey and Saudi Arabia will concentrate on preserving some kind of regional stability.

A decision to change Jordan’s policy in the Syrian conflict would probably need to be taken by King Abdullah II himself. Intense efforts are underway to build a new coalition of states capable of mounting a successful counter-offensive against the terrorist organization.

Sunni-dominated Saudi Arabia is said to be pushing for a shift in Jordanian strategy. The Saudis want to avoid further sectarian conflict in the Middle East. They believe, perhaps wisely, that a strong Sunni-dominated alliance of countries should be the leading force in a military campaign against a militant Sunni group such as ISIL. At the same time, Saudi Arabia wants to keep contributions from Shia-dominated Iran to a minimum.

Kurdish authorities claim the extremist group might be in possession of chemical weapons following reports of an alleged attack against a Kurdish village, the Kurdish health minister in the Kobani region in northern Iraq told the Kurdish newspaper Hawar News. A similar report by Iraqi authorities, claiming that ISIL had obtained 40 kilograms of uranium compounds used for research purposes at a university in Mosul, has been heavily downplayed by US authorities and the International Atomic Energy Agency (IAEA). In a statement, the IAEA said that the uranium was low grade and did not pose any proliferation risk. Nor could the material be used in a radiological, or so-called “dirty”, bomb.

Nevertheless, ISIL is perceived to be a growing threat. The groups claims it recently committed 1,200 executions of prisoners. ISIL has also seized several oil wells as well as USD 259 million from the Mosul central bank. In addition to being the richest terror group in the world, the group has declared itself an independent Islamic state.

An intelligence analyst in the private sector, formerly employed by an European intelligence service and therefore speaking to HSI on the condition of anonymity, believes a more active Jordanian role towards the conflicts in Syria or Iraq could lead to an even more dangerous situation.

“As long as the Jordanian king has the support of the Bedouin tribes in the country, it is likely he will remain in power. However, if King Abdullah II decides to make a push towards Syria and/or Iraq, and his decision is seen to cause harsher living conditions for the tribes, Jordan could actually fall,” the analyst told HSI.

He explained: “The rule of Jordan is based upon the support of a few hundred thousand Bedouins, which is a very limited power base. The Jordanian army also relies on this alliance. If you add a great number of refugees from Syria currently staying in Jordan, as well as more than three million Palestinians, of whom few feel any sense of loyalty towards the Hashemite kingdom, well, then you are walking a thin line.”

The intelligence analyst, who closely monitors day-to-day developments on the ground in the Middle East, points out that a worst-case scenario would be a Jordanian collapse followed by a partial or full takeover of the country by ISIL. That would bring a newly declared Islamic state with extremist rule directly to the border of Israel, or close to it, with all that would entail. He said there is no easy solution to the current situation, since ISIL’s victories in Syria and Iraq are the result of lost opportunities.

“The US and other countries should have used their window of opportunity 2-3 years ago and removed Bashar al-Assad then. In failing to do so, they have unleashed the wild dogs upon the Middle East.”

Growing numbers of Israeli settlers are willing to commit violence against their government. So-called "price tag" attacks – which extract...