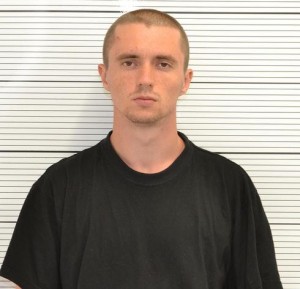 The Ukrainian student Pavlo ‘Pasha’ Lapshyn pleaded guilty on Tuesday to the murder of an 82-year-old Muslim man and three bomb attacks on UK mosques.

Lapshyn – a postgraduate engineering student – arrived in Britain in late April, having won a competition that gave him the chance to visit Coventry University and gain work experience at the CADCAM software company Delcam. Five days after arriving in the country, he came across 82-year-old Mohammed Saleem, who was walking home from a visit to the nearby mosque. Lapshyn attacked Saleem from behind, stabbing him to death.

After the murder, Lapshyn acquired materials to build hydrogen peroxide-based bombs. On Friday, 21 June, he placed one of the homemade bombs outside a mosque in Walsall. The bomb did not cause much damage, and was not reported until the day after; yet the nature of the debris led the police to classify the incident as terrorism. The explosive device had been packed in a children’s lunchbox.

That same day, Lapshyn made an online posting with picture and a music track praising Timothy McVeigh, the American right-wing extremist who was the main perpetrator of the 1995 Oklahoma City bombing. As Searchlight Magazine reported in connection with Lapshyn’s arrest, he also posted a link to the Russian translation of the American neo-Nazi William Luther Pierce’s novel Hunter, and his computer contained an audio book version of Pierce’s equally notorious book The Turner Diaries. Another post mentioned the National Socialist Underground, a German neo-Nazi group that carried out a string of murders.

Lapshyn also posted a poem written by Nikola Korolyov, the founder of the Russian neo-Nazi organization SPAS (Saviour), and a picture of an electronic detonator.

On 28 June he placed another bomb, this time on a traffic island near the mosque in Wolverhampton. Like the first device, it was not a very powerful one, and did not cause substantial damage. Indeed, police officers called to the scene after the detonation did not realize the significance of the debris at the scene.

The final bomb attack took place 12 July and was much more serious in character. This time, the Ukrainian placed a bomb outside a mosque in Tipton. He had studied the mosque’s website and had timed his device to explode during Friday prayers. However, the prayers had been postponed in connection with Ramadan celebrations, and the area was empty when the bomb went off, spraying 25-millimetre nails across a 70-metre radius.

The following week, Lapshyn was arrested, and quickly confessed to the bombings, as well as to murdering Saleem. Police found materials for three more bombs upon Lapshyn’s arrest.

Lapshyn, who comes from Dnipropetrovsk, is part of Ukraine’s large Russian linguistic minority. On his social media profile on a Russian-language site, he included the Russian groups “The Slavic Revival” and “The Hammer of National Socialism” as “groups of interest”. According to The Guardian, neither police nor the Ukrainian researcher Anton Shekhovstov, who studies the Ukrainian far right and writes for Searchlight Magazine, have been able to find extremist material posted on Lapshyn’s social media pages before the murder of Mr Saleem.

Mohammed Ansar, a filmmaker and journalist who has spoken against Islamist extremism and the far right, is amongst those receiving...