IN DEPTH: The string of murderous attacks that police now blame on the neo-Nazi National Socialist Underground (NSU) lasted more than a decade. The group’s violent downfall and the 10-count murder trial now underway highlight the long-underrated threat of neo-Nazi terror – not only to Germany’s immigrants, but to democracy itself. 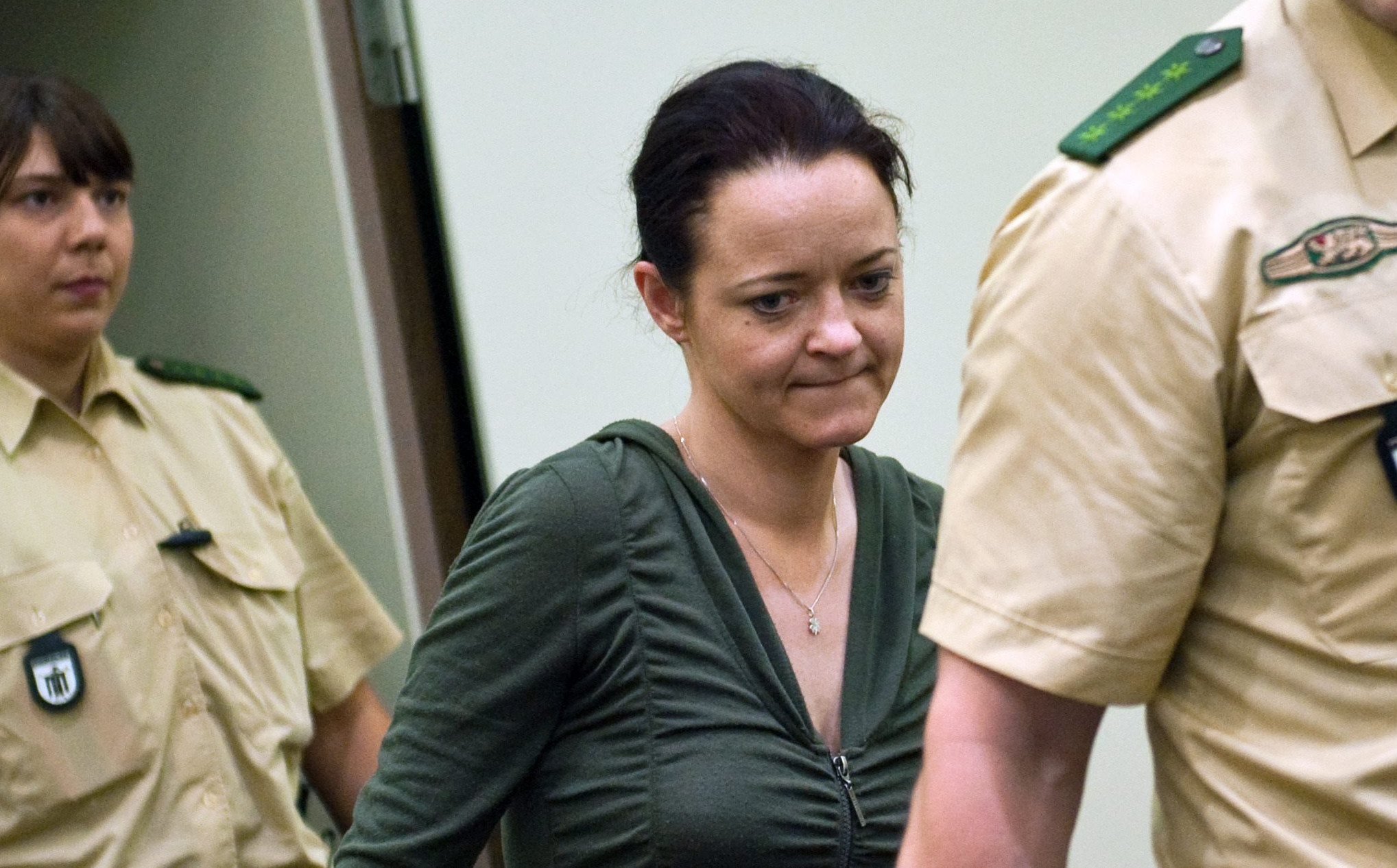 On 4 Nov. 2011 a bank robbery took place in Eisenach, a town of 43,000 people in the German state of Thuringia. The two male robbers fled on bicycles with about €70,000. Shortly afterwards, police were summoned to a motor caravan by a watchful pensioner. As two police officers approached, they heard gunfire from inside. One of the robbers, Uwe Mundlos, shot first at the officers, then killed his partner, Uwe Böhnhardt, and himself.

Yet the drama continued to unfold. A few hours later in Zwickau, about 200 km east of Eisenach, an apartment exploded into flames. Police soon confirmed that it was the home of the two men and a female comrade, Beate Zschäpe. It was she who set the fire, before disappearing. The trio had been wanted by the police for 13 years, on explosives charges. After four more days on the run, Zschäpe surrendered to the police in her home city of Jena. Two years later she remains in police custody – and silent.

The trial of Beate Zschäpe, now 38, and four suspected supporters began on 6 May this year in Munich – a trial that is expected to last about two years. Up to 500 officials of the German Federal Office of Criminal Investigation (BKA) have taken part in the investigation. Some lawyers and independent experts have repeatedly criticized the authorities for charging only a handful of people in the case. They insist that the evidence implicates additional supporters and contacts.

The victims of terror
The list of actions now attributed to the National Socialist Underground is long: the killing of 10 people between 2000 and 2007, including eight Turkish migrants, a Greek man and a policewoman; 15 robberies between 1998 and 2011; and two bomb attacks in Cologne, in 2001 and 2004, with many serious casualties.

The alleged terrorist cell has never publicly claimed responsibility for the actions. However, investigators found DVDs wrapped with addresses on them in the group’s burnt-out hiding place. On the DVD files, the deeds are thematized in comic style, using the Pink Panther character and photos of dead or dying victims apparently taken by the killers at the crime scenes. In the materials, the killings are described as part of a struggle for the “preservation of the German nation“. The DVD makers urge “actions not words”. 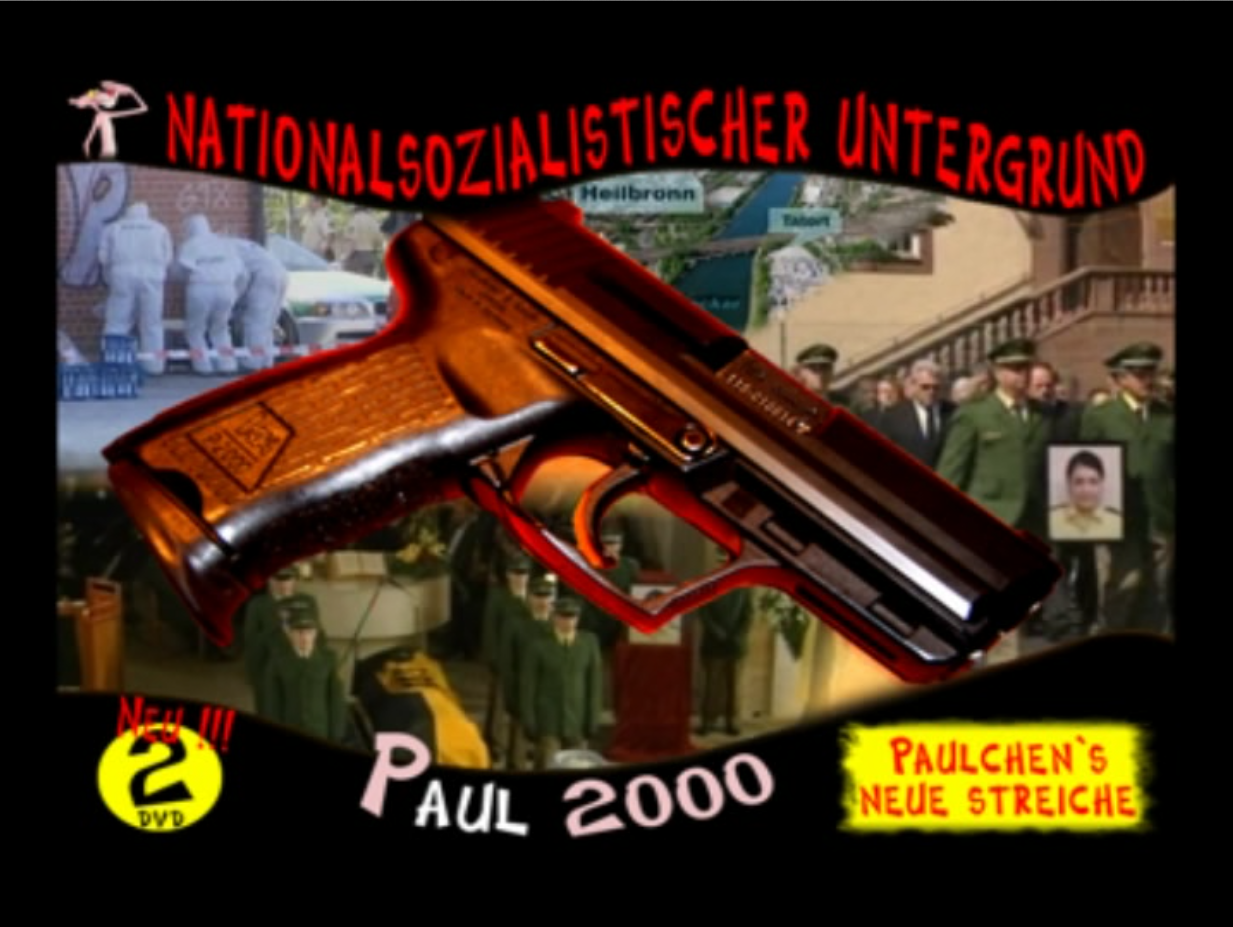 From the DVD material prepared by the NSU terrorists.

It is not fully clear how the victims were chosen. An analysis of investigation files and material from the flat of the three main suspects leads to the assumption, however, that immigrant men of “procreative age“ were singled out, and that additional murders were planned. Among the recovered materials were hundreds of printed and computerized address lists and countless records of observations of shops owned by Turkish immigrants.

Maik Baumgärtner is a Berlin-based investigative freelance journalist and author specializing in right-wing extremism, racism, discrimination and anti-democratic movements. He works for a variety of media outlets and is the author of the book Das Zwickauer Terror-Trio (2012), which gives a history of the National Socialist Underground.
View all posts by Maik Baumgärtner →